The Flyers remain without two key members of the team. 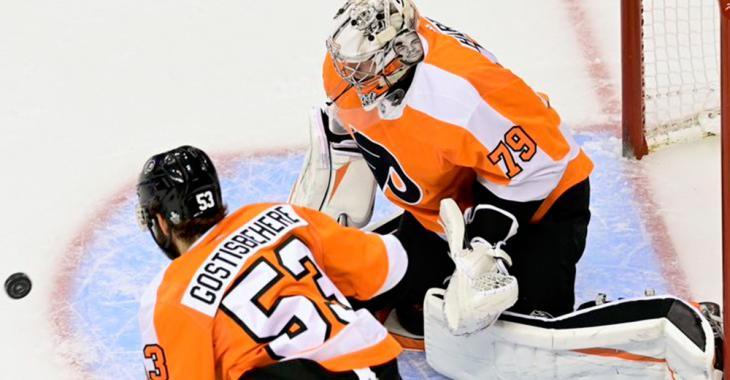 The fading Stanley Cup Playoff hopes for the Philadelphia Flyers won't be helped by their latest injury report involving two key members of the roster.

To begin with, defenseman Shane Gostisbehere will be absent from the lineup for at least the next seven to ten days after suffering an MCL sprain during the team's 4-1 setback against the New York Rangers on Friday night. The man known as "Ghost" has appeared in 37 games for the Flyers during the 2020-21 campaign, registering eight goals with eight assists. He's also averaged just under 20 minutes of playing time per night.

Meanwhile, it certainly hasn't been the season that young goaltender Carter Hart or team management had envisioned. He's not played since April 15 when he suffered a knee injury against the Pittsburgh Penguins, but hasn't exactly posted the kind of numbers that many thought he would. Hart has gone just 9-11-5 in 27 games played with a rather pedestrian 3.67 goals against combined with a .877 save percentage and one shutout.

Goaltender Alex Lyon served as backup to veteran Brian Elliott for tonight's game against the New Jersey Devils, a 4-3 shootout win for the Flyers at Wells Fargo Center. Their record improved to 22-19-7, though they still trail the Boston Bruins by nine points for the 4th spot in the NHL's East Division.

Head coach Alain Vigneault attested to Hart's desire to get back onto the ice, but said that the team will be taking a cautious approach to his return.

"It's just taking a little longer than we expected," Vigneault said. "I know Carter wants to get back to playing with his teammates, but he feels still a little bit of discomfort. We've had four different doctors take a look at the MRI, they all say the same thing, that it's a mild sprain. Usually a mild sprain doesn't take more than 7-10 days but Carter still feeling a little bit of discomfort, and we're just being a little bit cautious there. ... He wants to get back and help out his teammates, but we'll see here in the next couple of days how he feels, and hopefully he can get the green light to get back skating and playing with his teammates."

The Flyers will face the Devils for three more consecutive games, starting Tuesday night at Prudential Center in Newark.