NHL News : Phil Kessel reveals where he wants to be traded!

Could a deal get done? 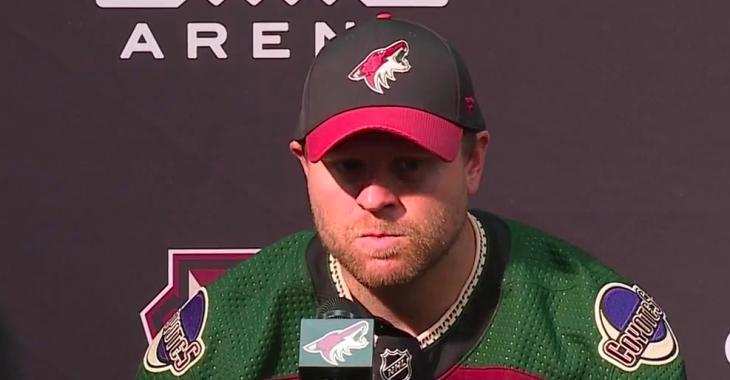 We’ve heard it for a couple of weeks, the Arizona Coyotes are looking to move veteran forward Phil Kessel as the veteran forward is reportedly looking for a change of scenery. Insider Craig Morgan revealed that Kessel would like to be traded : some blame the rebuild in the desert, while it might very well be because of the departure of head coach Rick Tocchet. Many believe Kessel only agreed to a trade to Arizona because Tocchet was the man behind the bench at the time, and with Tocchet now gone his motivations for being with this organization may have left with him.

On top of that, it has been reported that Kessel has one destination in mind: he would like to be moved to the Vegas Golden Knights to pursue his NHL career.

However, there is not a lot of room in Sin City for the veteran forward. Kessel makes a whopping $8 million this next season, the final year of an eight year, $64 million deal that he signed with the Toronto Maple Leafs back in 2014.

After a disappointing debut campaign for the Coyotes in 2019-20, Kessel bounced back in 2020-21 and put up 20 goals and 43 points in just 56 games. He managed just 38 points in 70 games the season prior. Of course, that’s a far cry from the 30+ goals and 90+ points he was putting up during his time with the Pittsburgh Penguins, but there’s reason to believe that Kessel still has the skill to produce points.

We just wonder for which team he will rack them up… Morgan believes the Coyotes are content to wait until this season’s trade deadline, where Kessel will no doubt draw considerably more interest from rival NHL teams.

And we bet Kessel is hoping the Golden Knights take a gamble on him.