Juicy rumour emerges from the desert. 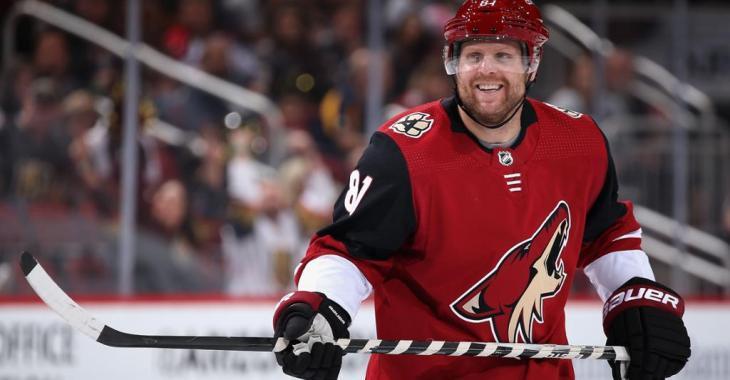 It looks like the Arizona Coyotes plan on being very active tomorrow at the opening of the free agency market and also on the trade market.

That is what Phoenix reporter John Gambadoro is stating on his Twitter account, saying that not only the Coyotes are looking to move veteran forward Phil Kessel, but that he might end up with the Florida Panthers or the Vegas Golden Knights.

Kessel makes a whopping $8 million this next season, the final year of an eight year, $64 million deal that he signed with the Toronto Maple Leafs back in 2014. And if you think he’s washed up… well think again. After a disappointing debut campaign for the Coyotes in 2019-20, Kessel bounced back in 2020-21 and put up 20 goals and 43 points in just 56 games. He managed just 38 points in 70 games the season prior. Of course, that’s a far cry from the 30+ goals and 90+ points he was putting up during his time with the Pittsburgh Penguins, but there’s reason to believe that Kessel still has the skill to produce points.

It just sounds very likely that he won’t be doing that in a Coyotes’ uniform in 2021-22.

Gambadoro also believes that the Coyotes could move goalie Antti Raanta, in which both the Vancouver Canucks and Washington Capitals have interest, while he reports that the Edmonton Oilers and Colorado Avalanche are looking at Darcy Kuemper as a target.

A lot of movement coming in the desert!

The NHL and the Flyers react to Lehner's allegations against Alain Vigneault.
Subscibe to
Our NEWSLETTER
Receive the best articles of the web directly in your email