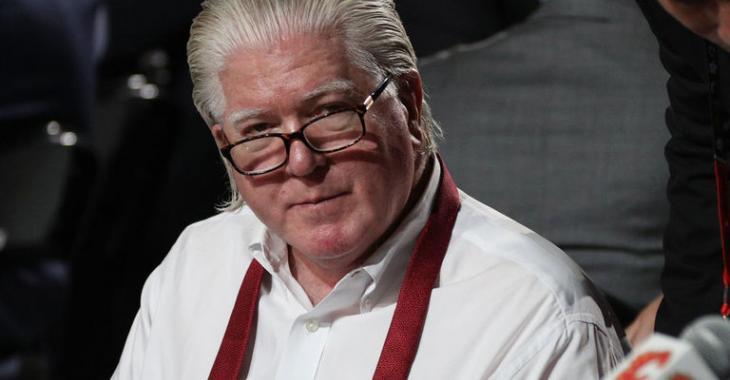 The Pittsburgh Penguins were handed a tough blow on Thursday when they added the name of Kasperi Kapenen to the injured reserve : the forward is out week-to-week with a lower-body injury. The Penguins now have Kapanen, Evgeni Malkin, Jason Zucker, Brandon Tanev and Teddy Blueger sidelined up front and insider Josh Yohe of The Athletic pointed out that “that’s about $23 million worth of forwards and five of the Penguins’ top nine forwards. Not sure how sustainable it is to win with a situation like this.”

So no one was surprised when Pittsburgh’s president of hockey operation Brian Burke revealed to Yohe that he is ready to make some moves.

“We have an agreement with ownership,” Burke told  Yohe . “And part of that agreement is to see how much we can help this group win right now.”

The plan is to win another championship, especially with Sidney Crosby leading the group and Burke intents to bring the much-needed help to make the Penguins top contenders.

“We are looking to do something, very much. Hexy is working the phones hard right now,” Burke said.

“We like our group. We’d like to make it better. Here’s the thing: We don’t have any picks left. We aren’t putting our top kids in play. So, we don’t necessarily have certain things to offer that other teams do. The things we can offer are a little different than other teams, maybe. But if we can add, we’re going to add.”

Let’s hope Pens don’t seem to desperate on the market since that they already have a very small pool of prospects and picks to build a future if they cannot contend anymore and need to rebuild. They only have one pick in the first four rounds of the 2021 draft.

The Penguins are also right against the $81.5-million salary cap, making a move of significance before the April 12 deadline difficult. They will need to give up some pieces and that’s where their desperation could cost them…

It’s going to be a tight race - not only to the trade deadline - but for a spot to the postseason as well. The Pens currently sit third in the East Division with 44 points but have played five more games than the fourth-place Bruins.