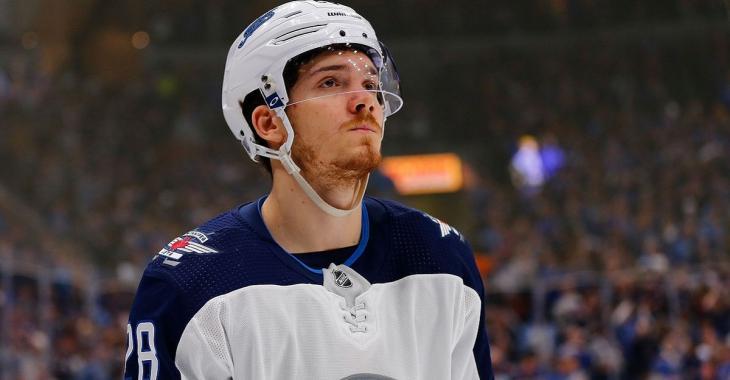 The Pittsburgh Penguins have not gotten off to the best of starts in the 2020 - 2021 season and, when you consider just how important a strong start will be in this condensed and shortened season, that is not something that can be allowed to continue for any significant stretch of time. Penguins general manager Jim Rutherford has been notorious for being one of the more aggressive general managers in the league, and it sounds like he may be at it yet again.

Over the weekend National Hockey League insider Elliotte Friedman revealed that the Penguins had expressed serious interest in a potential trade with the Winnipeg Jets, specifically one that would involve young forward Jack Roslovic.

"Well here's the situation Jack Roslovic of course is unsigned, he has asked for a trade, he's not with the Jets," said Friedman during the NHL broadcast. The Pittsburgh Penguins have started the season 0 - 2 and we know Jim Rutherford is not afraid. I also believe they are one of the teams very interested we'll see if there is a match."

Roslovic, a 23 year old centerman out of Columbus Ohio, has been sitting on the sidelines without a contract as he waits for the Jets to trade him but that could actually prove beneficial to a team like the Penguins at this time. Given that he remains in Columbus he will not have to worry about quarantining upon arrival to the United States which would otherwise have been the case for a player actively playing for the Jets. This also means however that the Penguins would need to negotiate a new deal with the restricted free agent and that could prove to be an obstacle in this deal.

In the shortened 2019 - 2020 season Roslovic appeared in 71 games for the Jets, recording 12 goals and 17 assists for 29 total points and a plus minus rating of +12 on the season. He also appeared in 4 games inside the bubble picking up a pair of assists in those contests.

No word from Friedman on what kind of return the Jets are seeking in a deal for Roslovic, but I suspect given the way things have gone for that team over the last few years they will be focused on getting some help on the blue line.