Pittsburgh's general manager wasn't in the mood for a major overhaul. 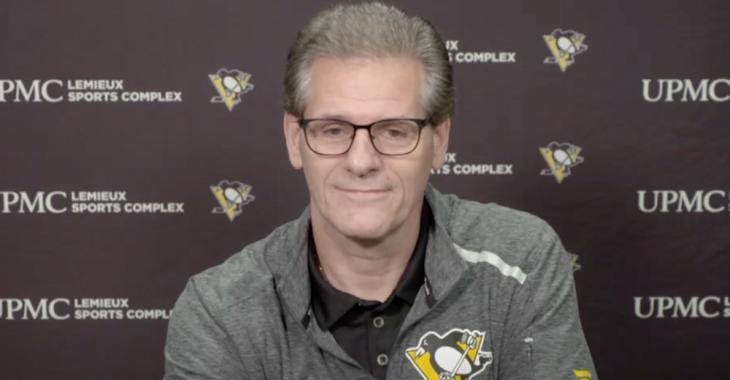 The Pittsburgh Penguins continue to pick up the pieces after their stunning 1st round 2021 Stanley Cup Playoffs series loss to the New York Islanders, a smorgasbord of defensive lapses and poor play in the crease coupled with the fact that their star power in the form of Sidney Crosby and Evgeny Malkin were shut down by the stingy Isles defense for the second time in three years.

And while the roster that hits the ice for next season will look different than the squad who were bested by the Islanders, there weren't any major shakeups. In fact, according to GM Ron Hextall, there wasn't any need to make such a move. After all, his team did enjoy a successful regular season.

“I think the part you can’t lose sight of is we did win our division last year,” Hextall said. “There was not a feeling around here that we needed to make big changes.”

Gone are the likes of Brandon Tanev and Cody Ceci, while the team welcomed newcomer Brock McGinn into the fold. Meanwhile, Danton Heinen and Dominik Simon were inked to one-year contacts.

However, the goaltending tandem of Tristan Jarry and Casey DeSmith will remain the same. While Crosby and Malkin are now on the wrong side of 30 years of age and aren't getting any younger, Jake Guentzel, Jason Zucker, Kris Letang, and Brian Rust continue to be productive members of the team.

“We’ve got a lot of good character in our locker room,” Hextall said. “These are good people. These are good players. They believe and they care. I truly believe they’re going to step up for us and hopefully find ways for us to win games for us at the start.

“Then you add Sid and Geno [Malkin] and you go, ‘Hmm, this is a pretty darn good team here.’ These guys know what’s at stake. They know we have to win games early in the year. I’m confident that we will.”

The Penguins will open their pre-season schedule on September 27 against the Columbus Blue Jackets, and open the regular season campaign against the defending Stanley Cup champion Tampa Bay Lightning on October 12.

Finnish report goes behind the scenes of Laine trade, blames Wheeler, Scheifele and Coach Maurice
Subscibe to
Our NEWSLETTER
Receive the best articles of the web directly in your email