NHL News : Penguins getting accused of going after Tinordi’s head to avenge Malkin

This is getting ugly quick… 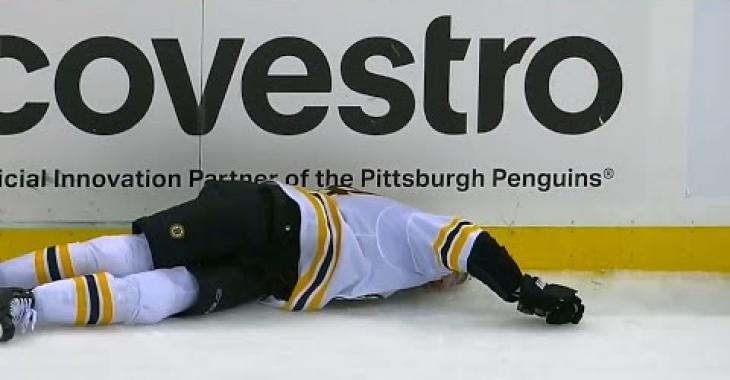 In the second period of Tuesday night’s game between the Pittsburgh Penguins and the Boston Bruins, Brandon Tanev was ejected from the contest after he hit defenseman Jarred Tinordi.

The blue liner, who has a history of concussions, fell hard into the boards and appeared to hit his head quite hardly. He went numb and motionless on the ice and needed help to exit to the dressing room.

The Penguins argued the call, but Tanev was ejected. This is the hit in question:

The heat is going up a level on Tanev and the Penguins as it was pointed out that Tinordi was the one who took star Evgeni Malkin out of the game following a hard hit in the first period.

Malkin missed time in the first frame after that as he headed down the tunnel to the dressing room, returned later but not for long as he was unavailable for the rest of the contest.

This is Tinordi’s hit on him:

The Pens are now being accused of chasing after Tinordi to make him pay for injuring Malkin.

We bet that the NHL’s department of Player Safety will look at Tanev’s hit on Tinordi, but most pundits and experts believe his intent wasn’t to injure the defenseman.

But now some are saying his intention was to make him pay… Where do you stand?

The truth behind Paulina Gretzky’s nude picture revealed!
Subscibe to
Our NEWSLETTER
Receive the best articles of the web directly in your email