Oof... this team is looking rough heading into a big Saturday night game against the Leafs. 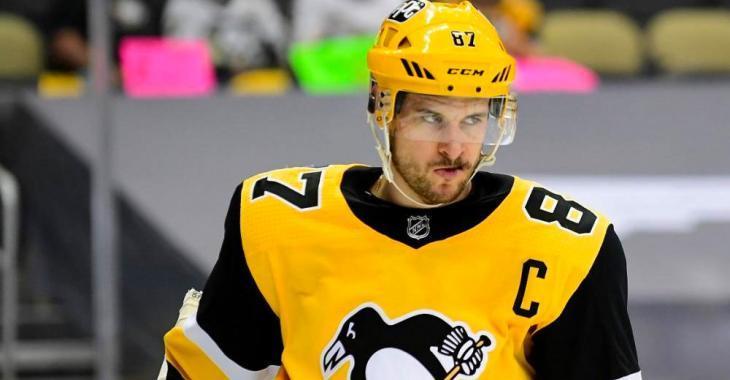 UPDATE: The Penguins have indeed confirmed that Crosby will not be available to play against the Toronto Maple Leafs on Saturday evening.

Again, for our earlier reported story, read below:

Pittsburgh Penguins head coach Mike Sullivan announced today that veteran forward Jeff Carter has tested positive for COVID-19 and has been placed in quarantine. Starting goaltender Tristan Jarry has also been placed in COVID protocol, but it's not known whether or not he has tested positive for the virus or if he simply came into contact with someone who had, presumably Carter himself.

This is obviously awful news for a team that is already undermanned due to injury. First off, here's hoping that Carter recovers well and has no lasting effects from the virus. Ditto for Jarry if indeed he is confirmed to have the virus.

Covid aside though, the Penguins are reeling due to injury/illness﻿. With Sidney Crosby and Evgeni Malkin both out of the lineup and now with Carter in COVID protocol, the team's top line center is Evan Rodrigues. No offense to Rodrigues but... well... he's not exactly Crosby, Malkin or Carter. If the Penguins don't get Crosby back in time for Saturday night's game against the Toronto Maple Leafs then they could conceivably ice a top line consisting of Rodrigues at center ice between wingers Jake Guentzel and Danton Heinen. Again for a team that's looking to get at least one more Stanley Cup push out of Crosby and Malkin, that's not exactly ideal.

Look for one of Jason Zucker or Kasperi Kapanen to at least take a few shifts at center and for Guentzel to virtually never leave the ice, especially when the Penguins have the man advantage.﻿ Oh... and all of this is saying nothing for the situation in net. For better or worse Jarry is the team's uncontested starter once again this season, but it'll be up to backup Casey DeSmith to shoulder the load until Jarry is either cleared from protocol or until he recovers from his illness. It's also worth noting that Jarry has been absolutely fantastic to start the season with a sparkling 1.62 goals against average and .935 save percentage in three starts.