Significant changes coming to Pittsburgh after another first-round elimination… 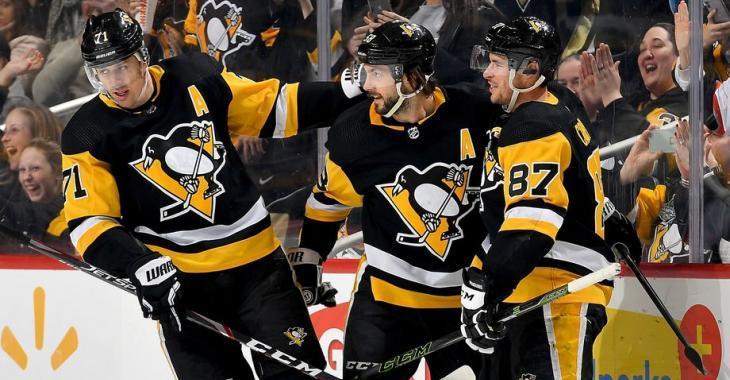 It was almost unexpected, but the Pittsburgh Penguins were once again elimination in the first round of the postseason, losing 5-3 to the New York Islanders in Game 6 of their Round 1 matchup last week. What was almost as unexpected was captain Sidney Crosby’s comments he made to NHL.com when asked about potential significant changes that could come to Pittsburgh this summer. During the regular season, chatter got louder that the Penguins might ask Crosby, Evgeni Malkin and Kris Letang to join the conversation in the front office to see if they are interested in taking part in the pending major changes. Crosby could be asked if he wants to take part in a team rebuild or if he would prefer to chase a Stanley Cup elsewhere. Speculations prompted more speculations such as trade scenarios involving Crosby, one shipping him to his childhood team the Montreal Canadiens, the other to play alongside Nova Scotia buddy Nathan MacKinnon with the Colorado Avalanche.

Sure, we all expect changes to come with the arrival of new general manager Ron Hextall. The Penguins co-owners Mario Lemieux and Ron Burkle had made it clear that they wanted another championship, and now that the Pens’ run is over, the summer will be a busy one.

However, Hextall finally addressed the rumours that suggest he could break up the core of the three stars players. And clearly, they will remain rumours as the GM maintains he wants to keep these three together in Pittsburgh.

“We see a future with this core. … I expect to have these guys here next year.”

This will surely make Sid happy, he who almost called out management and maintains that he believes the Penguins can be champions once again with this core group.

“They’ve been saying that for four years, right?” Crosby said. “So I don’t know if I’m going to change anybody’s mind, but I know that the three of us - we want to win, and we’ll do whatever it takes to try to compete to do that every year. I know that we’ve been together a long time, I’ve seen how much they care and their commitment, so I never doubt or question that.

“There’s so many parts and it is a business, so that’s up to other people. As far as what I can see and how I feel, there’s zero doubt in my mind that the group that we have is a really good group and we had an opportunity here, and that’s why it stings so much.”

Breaking this group apart would be a blockbuster move in Pittsburgh, but losing Crosby would be a tough blow for the Penguins, who basically won the lottery back in 2005 when they come out on top of the draft order and were given Crosby as the strongest rebuilding tool. Now that he’s been the face of the franchise for 16 seasons, it would be so weird to see him wear the colours of a different NHL club.

Sid maintains he wants to end his career and retire in Pittsburgh, and we all know how active he gets with management and discussions when it comes to players he wants to keep on his roster. And clearly it sounds like he’s managed to convince them to keep the core together for another season.

Report: Krejci reportedly re-signs with the Bruins
Subscibe to
Our NEWSLETTER
Receive the best articles of the web directly in your email