Bad news for the Penguins. 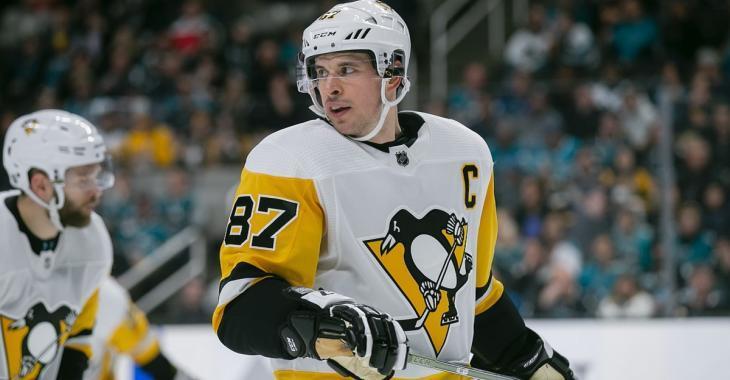 The Pittsburgh Penguins shared some concerning news on Saturday morning and it comes at just about the worst possible time for the organization.

According to a report from Seth Rorabaugh of the Pittsburgh Tribune Review, the Penguins have cancelled both the team's practice and the subsequent scrimmage that had been schedule for Saturday. Rorabaugh reports that the move has been made due to an "abundance of caution due to potential exposure of COVID-19."

Of course this is not the first team in the National Hockey League to run into problems related to COVID-19 in the lead up to the 2021 regular season, the Dallas Stars have already been forced to postpone games due to positive tests among both players and staff with the belief being that they could be forced to postpone their first 3 games of the season. The Tampa Bay Lightning also announced on Saturday that they would not be welcoming fans for the start of the season, this after having planned to do just that and even selling tickets for the opening games of the season.

In the case of the Penguins this seriously hampers their ability to prepare for what will be a condensed season in the NHL, especially considering that this news comes so close to the start of the season on January 13th. The Penguins in theory have just 4 days now to prepare for the matchup against bitter rivals the Philadelphia Flyers, and who knows if they will be able to get any kind of work in during that period given this latest development.

The Penguins do have another scrimmage scheduled for this weekend, at 7 pm on Sunday evening, and there thus far has been no announcement regarding that event so I would speculate that this means it could still take place. We do know that the cancellation today was related to COVID-19 concerns but it is important to note that as of this moment the Penguins have not shared any information regarding a positive test to a player or staff member, so this could really be a simple precaution.

No doubt we will have an update on this situation before Sunday's scrimmage is set to take place.

Crosby gets compared to Wilson after wrestling Konecny to the ice

Hints on Matthews' status and the Leafs goaltending situation from Monday's practice.
Subscibe to
Our NEWSLETTER
Receive the best articles of the web directly in your email