Trending for all the wrong reasons… 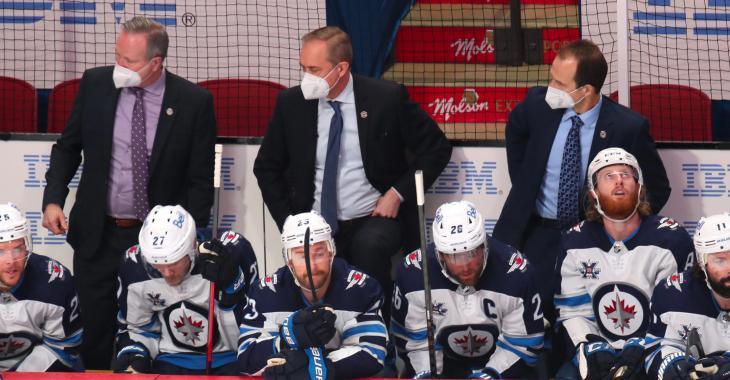 The Winnipeg Jets saw their season come to an abrupt end Monday night in Montreal, as the Canadiens swept the second-round series with a 3-2 overtime win to advance and now await the winner of the Vegas Golden Knights and Colorado Avalanche series in the third round.

This meant that fans attending the game at the Bell Center witnessed the traditional handshake as the eliminated Jets congratulated the Habs for moving on. However, these same fans and the ones watching on television also noticed that head coach Paul Maurice and the rest of the Winnipeg coaching staff shook hands with the staff from Montreal, but headed to the dressing room without shaking hands with the Canadiens players.

This was promptly pointed out on social media with fans and pundits calling Maurice’s move classless.

Sure, the Habs were the underdogs and no one expected them to sweep the Jets, who had swept the Edmonton Oilers in the first round. The Canadiens were the last NHL team to clinch a playoff spot this season and have been on a roll ever since they rallied to defeat the North Division’s top-seeded Toronto Maple Leafs in Game 7 of the first round. But that’s no reasons for Maurice to sulk and ignore the players.

Montreal last advanced to the third round of the playoffs in 2014, when they lost in six games to the New York Rangers. The team has not reached the Stanley Cup final since winning the trophy in 1993.

Maybe Maurice was in shock and didn’t even realize he had walked away with the classless move.

Let’s give him the benefit of the doubt: he was just eliminated from the postseason.