NHL News : Patrik Laine still wants out of Winnipeg while Jets put huge pressure on him 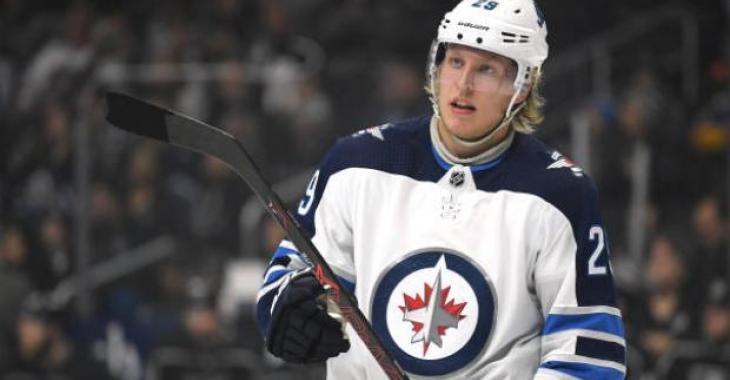 This is a disaster in the making.

On Tuesday, Winnipeg Jets general manager Kevin Cheveldayoff held a videoconference to talk about the upcoming season and sent a strong message to his forward Patrik Laine at the same time.

“I assume (Laine’s) probably going to have one of the best years of his career given the group of players that we have and the professionalism that is there, the maturity level that all players gain year over year over year, I think just helps us move forward.”

This is the pressure he placed on Laine’s shoulder despite admitting that he had spent time trying to trade him over the offseason, but didn’t shed much light on the situation.

To make things worse, Laine is reportedly still looking to be moved and still wants out of Winnipeg. While he is hoping to be traded, it is believed that he will attend the Jets’ camp in a few days. Cheveldayoff says he hasn’t spoken to Laine since he has returned to Winnipeg ahead of the 2020-21 season but has been in constant contact with the winger’s agents throughout the off-season.

Is Cheveldayoff selling Laine some more on the market to finally get a deal done ahead of the first game of the season?

Laine is set to earn $7.5 million in salary this season, though his cap hit is $6.75 million. In 68 games with the Jets last season, he registered 28 goals and a career-high 35 assists for 63 points.

And apparently, we should expect much more from him in 2021.

Capitals reprimanded by the NHL for violating season protocols

Rumor: Don Sweeney ready to trade veterans as Bruins “have gotten too comfortable.”
Subscibe to
Our NEWSLETTER
Receive the best articles of the web directly in your email