NHL News : Patrik Laine shares his thoughts on the coaching change, and his future in Columbus. 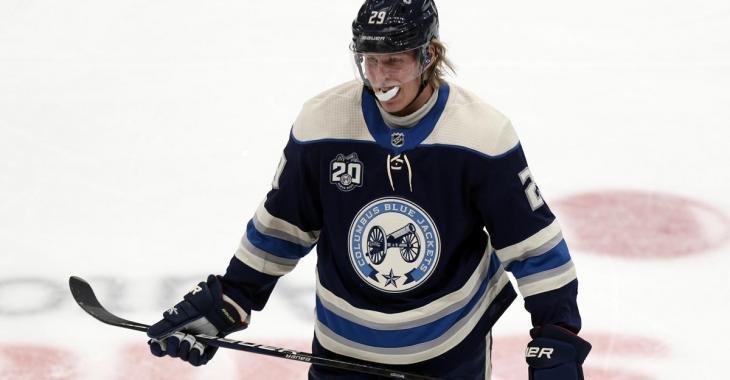 The Columbus Blue Jackets did not have the season they would have liked to have over the course of the 2020 - 2021 campaign and on Sunday that led to a major change when the organization made the decision to mutually part ways with long time head coach John Tortorella.

Many believed that Tortorella had lost the room, a belief that stemmed largely from his handling of star level players like Pierre Luc Dubois and Patrik Laine over the course of the season, and now with Tortorella gone many have wondered what that will mean for the Blue Jackets and the future of their young star forward in Laine. On Monday Laine shared his thoughts, both in regards to his future with the team and the change made behind the bench, and it his comments may surprise many who would have expected him to be relieved at the departure of Tortorella.

Laine was asked if he felt his production would see an uptick under a new head coach but rather than play the tight system that Tortorella favors, or the man himself, Laine placed the blame squarely on himself for underperforming with the Blue Jackets.

"It's not the system's fault," said Laine on Monday. "It's just my fault. I don't think it matters who is behind the bench, I still have to go out there and do what I do, and I couldn't do that this year. I'll do that next year."

That is definitely the kind of accountability you want from one of your star players, but that still left the question about Laine's long term future as a member of the Blue Jackets organization. Laine will be a restricted free agent this summer and many have wondered whether or not he will sign a long term deal with the Jackets, or perhaps look for a change of scenery either by requesting a trade or only agreeing to a shorter term type of deal. If his response on Monday was any indication of how he feels, it sounds like Laine plans to remain in Columbus for the foreseeable future.

"I have enjoyed every minute I've been here. It was great to see the fans in the stands. … I love it here and I want to stay here for sure," said the Finnish sniper.

That's definitely good news for fans in Columbus, now it remains to be seen if Laine will be true to his word when he negotiates his new deal this summer.