NHL News : Patrik Laine set to sign shocking contract with an AAV worth between $9M-$10M 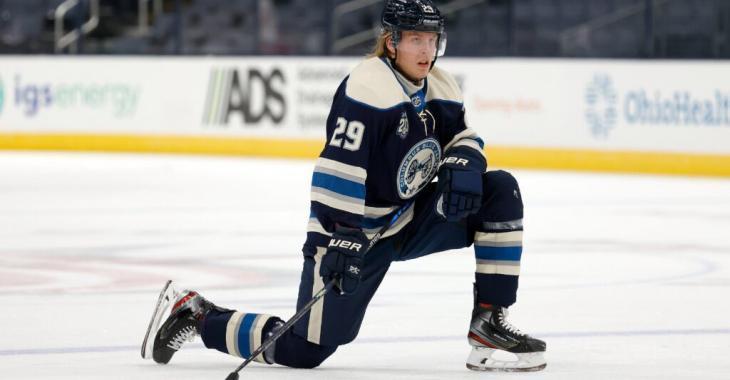 It hasn’t been an easy ride for star forward Patrik Laine in Columbus.

Despite getting benched a few times by Blue Jackets head coach John Tortorella, it seems like it won’t prevent Laine from signing a contract extension in Columbus. This information is quite shocking to some fans, but it comes from a great source.

According to team insider Aaron Portzline of The Athletic, Laine’s new deal with the Blue Jackets could be between $9M-$10M. Portzline added that he would not be surprised if the deal was for one season, which would give Laine more time to decide if he wants to stay long term.

Laine is set to become a restricted free agent under the Jackets and mentioned right after the trade from the Winnipeg Jets to the Jackets that he’d be interested to stay in Columbus and see what the future brings to the team.

If Laine does get that one-year, $9M or $10M deal Portzline is reporting about, he would therefore receive quite a promotion as he is currently earning $6.75M this season.

And so, that’s quite a bit more doe! In 24 games with the Blue Jackets this year, Laine has put up seven goals and 14 points.

Do you believe Laine is worth that kind of money?