NHL News : Patrik Laine is forced to stay in Winnipeg for 2021 as trade rumours die 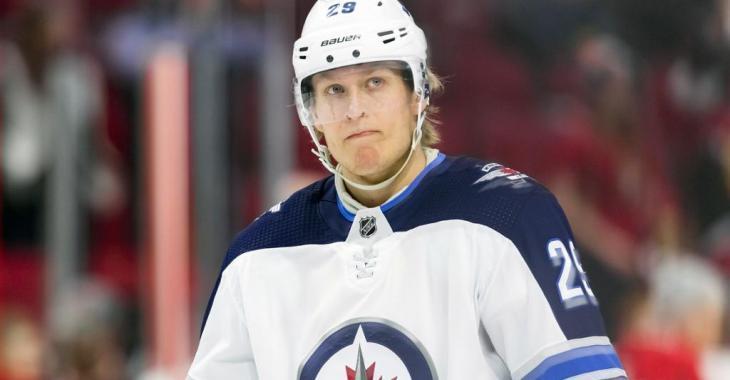 We are expecting the Patrik Laine trade rumours to come to a stop. That’s because Jets insider Mike McIntyre of Winnipeg Free Press believes the star forward will remain with the team for the entire upcoming season despite all of the trade chatter surrounding Laine in the past year.

On Tuesday, Winnipeg Jets general manager Kevin Cheveldayoff held a videoconference to talk about the upcoming season and sent a strong message to Laine at the same time.

“I assume (Laine’s) probably going to have one of the best years of his career given the group of players that we have and the professionalism that is there, the maturity level that all players gain year over year over year, I think just helps us move forward.”

McIntyre believes Jack Roslovic’s trade wish will be resolved first and that Laine isn’t pushing his trade demands anymore. 2021 will be the time for his camp and Jets management to take a wait-and-see approach this season. Laine is therefore staying in The Peg, whether he wants it or not...

Cheveldayoff says he hasn’t spoken to Laine since he has returned to Winnipeg ahead of the 2020-21 season but has been in constant contact with the winger’s agents throughout the off-season. Laine will attend camp and could be motivated to have one hell of a campaign in order to get other teams interested in his services.

Laine is set to earn $7.5 million in salary this season, though his cap hit is $6.75 million. In 68 games with the Jets last season, he registered 28 goals and a career-high 35 assists for 63 points. And apparently, we should expect much more from him with the Jets in 2021.