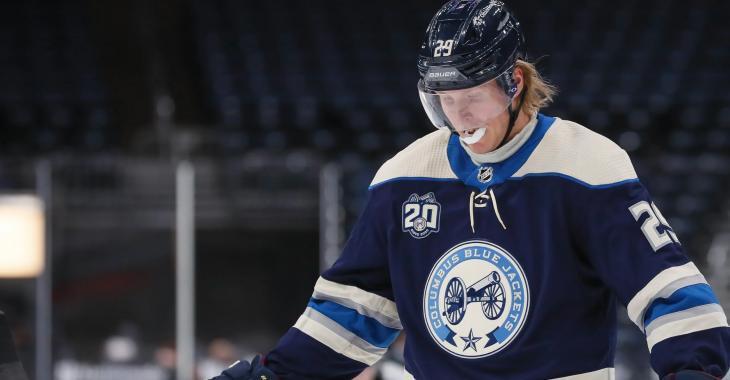 Let’s say it like it is: Patrik Laine sucked last season.

I’m not the one saying so. He did himself when he met reporters after practice at the Columbus Blue Jackets’ training camp. And he looks to forget about it and be better in 2021-22.

“I still want to be better. It doesn’t matter if I scored 70 last year … I just want to be a better player than I was the last year. It’s gonna be pretty easy this year because I was pretty (crap) last year, but I just try to kind of build on last year and try to be better and have fun this season.”

Acquired from the Winnipeg Jets in January, Laine struggled upon entering the Blue Jackets lineup, posting 10 goals and 21 points in 45 games with the team. He scored at least 28 goals in each of first four NHL seasons, including 44 goals in 2017-18. A restricted free agent this summer, he accepted his one-year, $7.5 million qualifying offer from the Blue Jackets in July, betting on himself this year.

“That was kind of when I had to hit the reset button for myself,” Laine said, per NHL.com. “It was a tough one, but there’s nothing you can do about it anymore. You know as an athlete you’ll go through ups and downs. It would be pretty boring if you were playing good all the time. You’ve got to have bad stretches and even sometimes you’re going to have bad seasons. You just can’t help it. You’ve got to fight it and try to get out of it.

“Now I have 82 opportunities, and hopefully more, to play good. I’m excited about that.”

The Blue Jackets are excited about his new attitude, which could have to to do with the arrival of new head coach Brad Larsen after the Blue Jackets parted ways with John Tortorella in May.