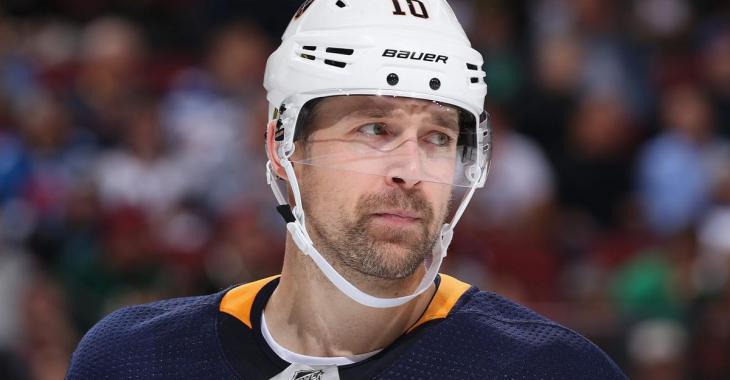 This is not only a breaking news report, but also a disturbing one.

According to various reports out of Sweden, former NHL player Patrik Berglund has been arrested on charges of assault and rape against a former girlfriend.

The lawyer of the 32-year-old former first-round draft pick has confirmed he is in custody and that police are attempting to detain him for now. However, his lawyer told Arbetarbladet that Berglund denies all of the charges and he is attempting to get his client released.

“Our stance is that there are not even probable reasons for suspicion of crime,” said Berglund’s lawyer.

A hearing is set to take place later today.

Back in early April, prosecutors in Sweden told local media outlets that a preliminary investigation was underway after reports of assault against Berglund’s girlfriend.

Berglund has been playing in the Swedish Hockey League (SHL) since he abruptly left the NHL near the end of 2018. He left $12.5 million in the table in order to return to Sweden. He missed the latter part of the SHL season after coming down with COVID-19.

The forward played more than 700 games in the NHL, recording 170 goals and 326 points. He spent all of his career with the St. Louis Blues before he was traded to Buffalo in the deal that sent Ryan O’ Rielly to St. Louis. After 32 games with Buffalo, Berglund decided he did not want to play for the team and terminated his contract.

Now, his career might be terminated with these charges.

Disgruntled fan sums up the last 40 years of Sabres history.
Subscibe to
Our NEWSLETTER
Receive the best articles of the web directly in your email