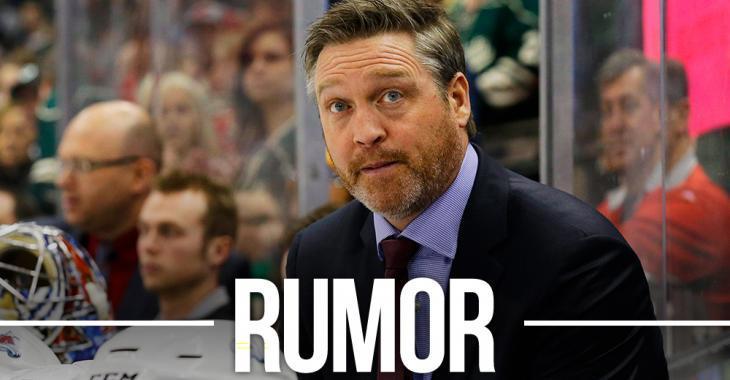 This just in, the New York Rangers have reportedly fired head coach David Quinn as per a report from Rangers insider Larry Brooks of the New York Post.

This news of course comes on the heels of last week's re-shuffling of the Rangers' front office after owner James Dolan dismissed GM Jeff Gorton and President John Davidson. Newly appointed GM Chris Drury evidently wasn't keen on bringing Quinn back into the fold for next season and has effectively made Quinn's firing his first official move as Rangers GM. Interestingly enough, Drury elected to keep legendary goalie coach Benoit Allaire on staff, but Quinn's assistant coaches Greg Brown, Jacques Martin and David Oliver have all been fired as well.

Brooks reports that the Rangers already have their sights set on Quinn's replacement and will be hiring a coach with considerable NHL experience.

From Brook's latest column for The New York Post:

It is expected that Drury will replace Quinn with an experienced NHL head coach who will face a mandate to take the Blueshirts to the next level, and sooner rather than later.

Gerard Gallant, Rick Tocchet, Bob Hartley, John Tortorella, Mike Babcock and Patrick Roy are among the early candidates to follow Quinn, who came to New York three years ago after a successful stint behind the bench at Boston University.

Buckle up, Rangers fans. James Dolan's wild ride is about to begin...

Rumor: Brandon Montour has been traded.
Subscibe to
Our NEWSLETTER
Receive the best articles of the web directly in your email