NHL News : Patrick Roy and coach Tremblay reunite after 26 years of not speaking to one another

This is one for the ages : the first time they come together since Roy demanded a trade out of Montreal 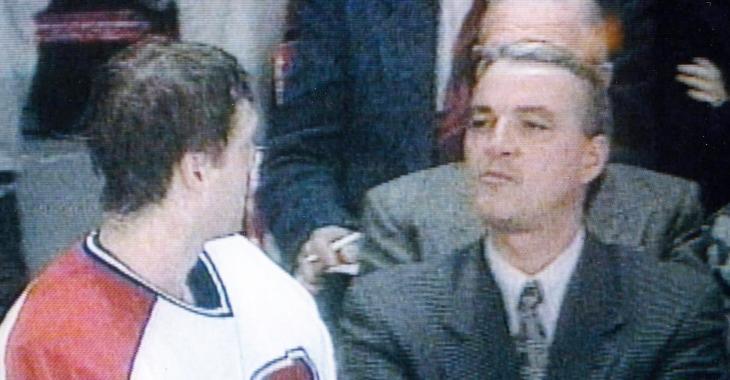 We all remember what took place at on Dec. 2, 1995 at the Montreal Forum. If you weren’t born, you heard about it, no doubt.

That’s when star goaltender Patrick Roy was left in net for nine goals in an 11-1 loss to the Detroit Red Wings.  But that wasn’t the most shocking thing that happened that night: Roy went toe-to-toe with head coach Mario Tremblay and told president Ronald Corey he had played his last game in Montreal. Four days later, the Canadiens traded Roy and captain  Mike Keane to the Colorado Avalanche in exchange for Jocelyn Thibault, Martin Ručinský and Andrei Kovalenko. Everyone knew the return was unbelievably uneven and eventually became known as one of the most one-sided deals in NHL history.

On Thursday night, during the broadcast of Game 5 between the Canadiens and the Toronto Maple Leafs in the first round, the former Canadiens teammates finally came together to collaborate with Uber Eats to launch the “Tonight, I’ll be eating” campaign after 26 years of not speaking to one another.

This is the epic advertisement: When they're playing table hockey and Tremblay scores to make it 9-1 he tells Roy maybe you should take your goalie out before he gets upset, Roy answers "I think he's still good for two championships."

The buzz was so intense that Roy and Tremblay were asked to sit together and meet with different medias to explain the riff and how they came back to speaking to one another for the shoot.

“First of all, I’m so proud to be here with Patrick today. After 25 years, it’s nice to be back together again, I’m telling you right now,” Tremblay told TSN.

This is what Roy added in the same interview: “It was fun when we received the call from Uber Eats. I was a bit surprised as well, but I was excited at the opportunity to renew with Mario and kind of put that behind us, you know? It was a great opportunity and I can’t thank Uber Eats enough for that opportunity, to have the chance to see Mario and talk with him.”

The two men also hope their reunion will inspire others who have not spoken to important people in their lives that forgiveness is the way.

Roy: “There’s a message behind this. If we could touch people and help them to talk to family members or friends or sisters or brothers or mothers…we’re proving (to) the world that it’s possible after years to be back and be able to reconnect. The pandemic is hard for everybody. I think it’s important that people to reach out to people, touch people and help them to feel that it’s possible to reconnect.”

The campaign has been launched to help restaurants in Quebec as the province works its way out of the COVID-19 pandemic. And clearly Roy and Tremblay are hoping everyone remains happy and healthy during these harder times.

A lot love and respect between the two men: who would have thought?!

Update: Red Wings prospect Jared McIsaac knocked out cold and taken to hospital in an ambulance.
Subscibe to
Our NEWSLETTER
Receive the best articles of the web directly in your email