He keeps on moving up in the NHL record book! 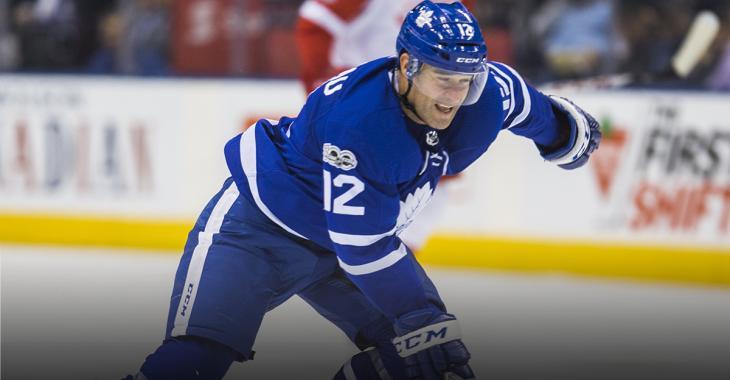 Toronto Maple Leafs forward reached an impressive tonight, playing in his 1,550th game in the NHL against the Ottawa Senators! By doing so, Marleau passed Alex Delvecchio for the eight most in NHL history by a forward, and 13th by a player at every position.

Drafted second overall by the San Jose Sharks in 1997, Marleau played 19 seasons with the Sharks, before signing as a free agent with the Leafs last summer. In his first season in Toronto, the 38-year-old forward scored 17 goals and added nine assists for a total of 26 points in 56 games played so far this season. In 1,549 games played before tonight, Marleau scored 525 goals and added 583 assists for a total of 1,108 points in the NHL. He also added 120 points in 177 playoff games.

The Maple Leafs are currently third in the Atlantic division with a record of 32-19-5.

Marleau had a pretty emotional night when he returned to San Jose on October 30th.