The Little Ball of Hate is now overseeing day-to-day operations with the Griffins. 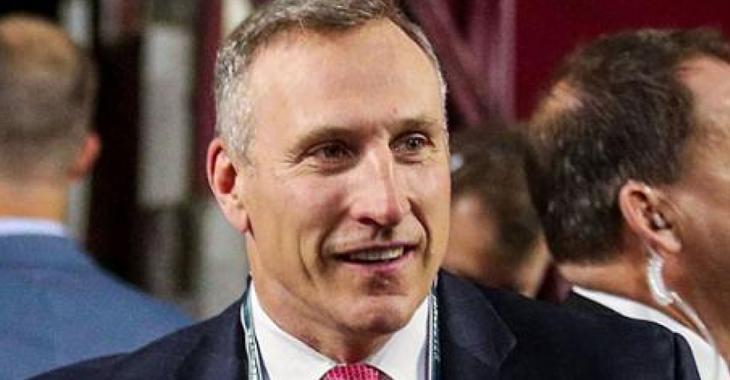 The Detroit Red Wings have announced a key personnel change this afternoon in the wake of former assistant general manager Ryan Martin departing the team after over a decade for the New York Rangers earlier this month.

And you can bet that he has fans smiling when he described what his goals in taking on this new challenge consist of.

“I’m excited about the opportunity in a sense that it’s a very important job for our organization right now,” Verbeek said. “I know it’s going to be a huge challenge. When you want to get your organization going in the right way you have to develop players, so I’m taking this as a very important role in helping the Detroit Red Wings get back to where we need to be – in the playoffs and winning the Stanley Cup.”

Verbeek was sure to give Martin a shoutout for his previous work with the franchise.

“Ryan did a really good job of getting our veterans signed. I’m pretty excited about the team that’s down there,” Verbeek said. “We should be a very good team.”

Of course, Verbeek will soon be up close and personal with the likes of Lucas Raymond and Jonatan Berggren this season and defensemen Simon Edvinsson, William Wallinder and Shai Buium, as well as goaltender Sebastian Cossa.

“We’re pretty excited about their skill level, their hockey sense, their ability to provide offense, which is going to be important moving forward if we want to start taking some good steps in the right direction,” Verbeek said. “We’re not going to rush them into the NHL. When they’re ready, they’re ready. The NHL is a tough league to develop in, so we’re going to give them every opportunity to make the team and if they’re not quite ready then they’ll play in Grand Rapids and develop there.”

Verbeek came on board to the Motor City shortly after his former teammate and good friend Yzerman accepted the general manager's job in April of 2019. The two had previously worked together with the Tampa Bay Lightning, where Verbeek was assistant GM as well as director of player personnel. He'd also worked in Detroit's scouting department prior to departing for the Lightning with Yzerman in 2010.

Three players sent to the Marlies on a busy Saturday for the Leafs.
Subscibe to
Our NEWSLETTER
Receive the best articles of the web directly in your email