Thanks, but no thanks! 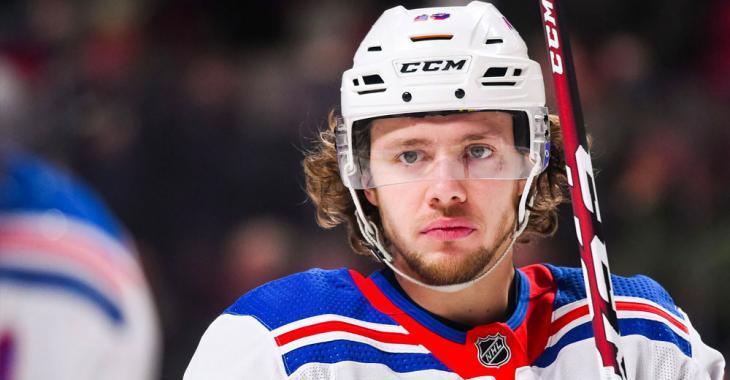 New York Rangers forward Artemi Panarin has no interest in being his team's next captain.

The 29 year old superstar was asked by "Hockey in the Know", an NHL based Instagram account, if he'd be open to wearing the "C" as the Rangers' next captain and he effectively declined.

"I think we have more deserving candidates for that role now," Panarin said on Friday. "Would I want it? I'd rather say no, actually. It's not just putting a letter on the sweater and walking around taking pictures. It's a lot of rough work in the locker room. And it's not just about playing good hockey. You also have to give your energy between the periods, motivate guys, giving interviews, being the face of the franchise. Overall, it's a lot of work off the ice."

The Rangers haven't had a captain since Ryan McDonagh was traded to the Tampa Bay Lightning back in 2018. Now though, the team has turned a bit of a corner and with a new coaching staff and management group, it seems like a good time to name a new captain. Panarin is obviously in consideration, but his words last week will likely take him out of contention. In fairness, Panarin thinks his lack of language skills are a big stumbling block.

Again from his interview with "Hockey in the Know":

"I think I'm more effective in hockey," Panarin said. "And I'm afraid that I won't be an effective captain. I even don't speak English. How can I motivate? I can only influence with my own game. And they will listen to me without any letters."

To me, there's only one obvious choice to be the Rangers' next captain and it's veteran forward Chris Kreider. The 30 year old Kreider is the longest serving Rangers player and he's actually the second oldest player on the roster following offseason addition Ryan Reaves. He's a native English speaker and I think his words will have a big impact on young players like Kaapo Kakko, Alexis Lafreniere, Adam Fox and K'Andre Miller. This is a young team with a young core that will grow into leadership roles, but to me Kreider is the perfect stop gap until one of these youngsters proves themselves.