NHL News : Ovechkin has enough of Frederic, sticks him right in the jewels

A cheap shot from Ovi 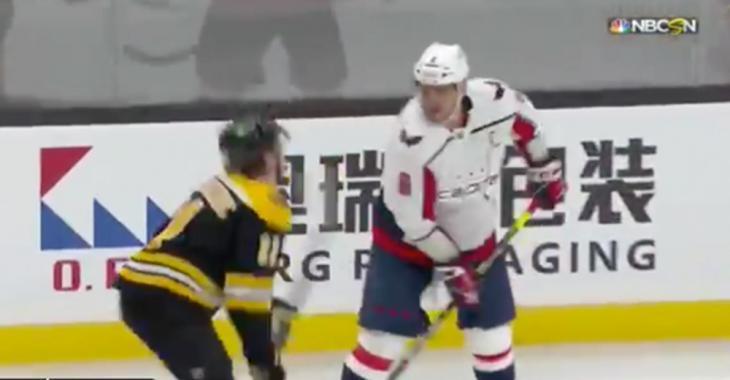 Boston Bruins rookie Trent Frederic has made quite a name for himself early on this season. The 23 year old former 1st round pick raised eyebrows around the league after a spirited bout with Washington Capitals pugilist Tom Wilson.

Now there's people around the NHL who wonder if Frederic might be the heir apparent to a guy like Wilson. The kid has no problem dropping the gloves and he's even got some skill to boot.

I tell you one guy who isn't sold on Frederic though is Wilson's teammate and Capitals captain Alex Ovechkin.

After getting into a bit of a tussle with Ovechkin behind the Bruins' goal this evening, Frederic tried to drop the mitts with Ovi but Ovi was having none of it.

So what does Ovi do next? He exacts his revenge on Frederic and eliminates any chance that the kid will have children in the future:

James Neal has been placed on waivers.
Subscibe to
Our NEWSLETTER
Receive the best articles of the web directly in your email