Ovi gives his thoughts on Wilson being suspended. 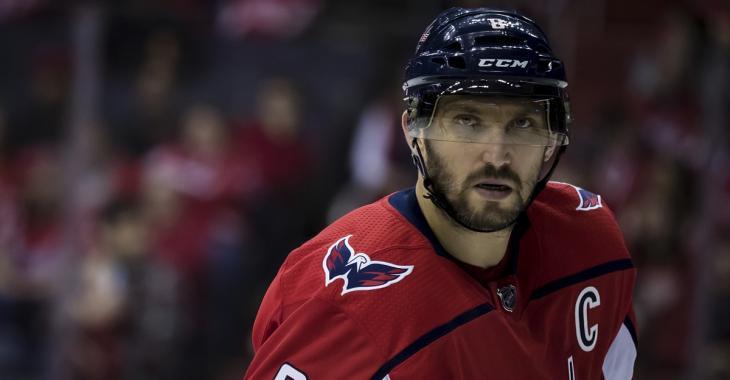 If you've been paying attention to the chatter around the suspension of Washington Capitals forward Tom Wilson you knew full well that there was going to be backlash of some kind when the National Hockey League's Department of Player Safety announced their weakly worded decision on Saturday night, but I must admit I did not think the players themselves would get involved.

On Sunday a number of Capitals players were asked by members of the media to share their thoughts on the 7 game ban that was handed down to their teammate over the weekend and thus far, unsurprisingly, the tone from the Capitals has been very pro Tom Wilson. No doubt the biggest name to call out the NHL's decision over the weekend was none other than Capitals captain Alex Ovechkin, and his comments may also have been the most damning that I've heard thus far.

Speaking to the media on Sunday Ovechkin labeled the ruling from the Department of Player Safety a "joke" but it was what he went on to say that truly painted a disturbing picture of just how all over the place the NHL's disciplinary rulings are. According to Ovechkin he was able to discuss the hit with the on ice officials that were overseeing the game on Friday night and, once again according to Ovechkin, he claims that those officials informed him that they felt the hit didn't even warrant a two minute minor.

Of course there's going to be an obvious bias here on the part of the Capitals, but if what Ovechkin is saying is true you have to wonder how one group of NHL officials can believe the infraction wasn't even worthy of a penalty, while another group felt it warranted a suspension that will cost the player hundreds of thousands of dollars.

Ovechkin was not the only Capital to speak out however, forward Lars Eller also wondered how Wilson could end up serving 7 games after he was drilled from behind by Leo Komarov who served no time at all.

"It doesn't add up," said Eller on Sunday.

There's no doubt in my mind that the severity of the injury to Brandon Carlo played a major factor in the NHL's ruling on Saturday and unfortunately their, in my opinion, rather poor explanation of the suspension itself has left many fans and players with more questions than answers.

Things get worse for Max Domi under John Tortorella in Columbus

Oilers lose Klefbom for entire season, no closer to signing Ethan Bear
Subscibe to
Our NEWSLETTER
Receive the best articles of the web directly in your email