NHL News : Ontario says no to proposal that would have allowed fully vaccinated healthcare workers to attend Game 7. 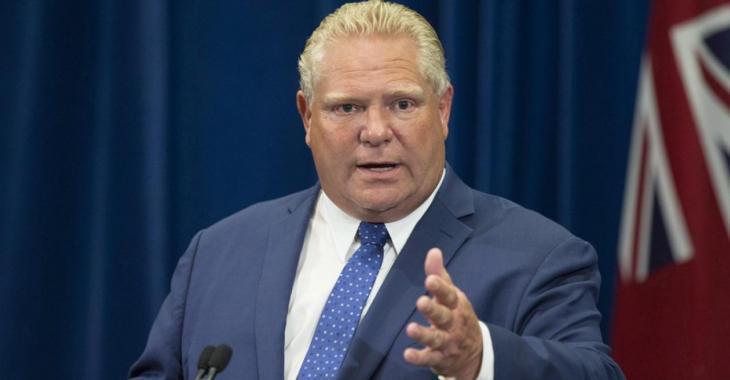 The Toronto Maple Leafs got some pretty disappointing news on Sunday, news that now seemingly confirms they will be forced to play Game 7 in an entirely empty arena in spite of the fact that their opponents, the Montreal Canadiens, were able to welcome fans to Bell Centre for Game 6 in the very same series.

A report from Chris Herhalt of CP24 has now confirmed that the Ontario Government has rejected a proposal that would have allowed a select group of fans, specifically frontline healthcare workers who have been fully vaccinated for some time now, to attend Game 7 in order to provide the Maple Leafs with a little bit of extra support in the form of a home crowd. In spite of the fact that this would have rewarded those who put themselves at great risk during this ongoing pandemic, while also providing a safe environment to do so given their vaccinated status, a spokesperson for the Ontario Ministry of Heritage, Tourism, Culture and Sport confirmed that the proposal could not be approved in time to allow fans to attend Game 7.

"The Office of the Chief Medical Officer of Health reviewed and approved the NHL’s return-to-play plan for the Toronto Maple Leafs and Ottawa Senators. The return-to-play plan includes rigorous health and safety protocols developed to ensure the safety of players, staff, their families, and the community," said Dakota Braiser as per CP24. "At this time, no spectators are allowed to attend games in-person."

"The province will continue to follow the advice of the Chief Medical Officer of Health, other health experts and local public health to determine when and if it is safe for measures to be lifted based off the Roadmap to Reopen."

The news is especially disappointing given comments made earlier today by Toronto mayor John Tory, specifically as it pertains to Game 7 which will be held on Monday at Scotiabank Arena. In an article we published earlier today Tory indicated that he himself was open to the idea of giving special consideration to having fans at the arena for what will be a pivotal game for the Leafs and for their fans, but unfortunately as he himself admitted the decision is not his to make.

Morgan Rielly's time with the Leafs coming to an end?
Subscibe to
Our NEWSLETTER
Receive the best articles of the web directly in your email