He was rumoured to have hidden deals in order to execute blockbuster trade! 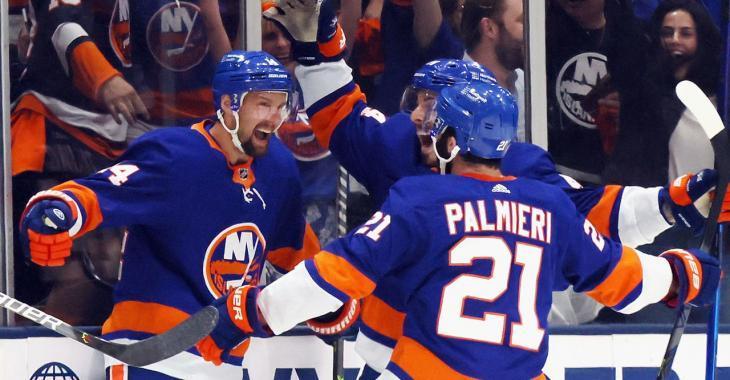 Lou Lamoriello has more than one trick in his bag and the experienced general manager is expected to surprised many across the National Hockey League with his latest strategy.

Earlier this summer, it was reported by Frank Seravelli of Daily Face-off that a few players were believed to have handshake agreements done with the New York Islanders though GM Lamoriello has yet to make them public.

While many things can be questioned about Lamoriello’s ways, there is a clear explanation to this strategy, according to Seravalli. Lamoriello is reportedly working on a bigger trade for a large amount of salary cap and he doesn’t want teams — possibly the team he’s negotiating with — knowing how much room he has to work with.

Finally on Wednesday, we got to find out more about these contracts as one deal was revealed by many on social media, including team insider Arthur Staple for The Athletic.

Star forward Anthony Beauvillier is expected to have a new three-year contract with the Isles. It is believed to come with a price tag of $4.1 million per season.

Moments later, the team itself made the announcement, but not just Beauvillier : the Islanders confirmed they had agreed to multi-year contracts with Casey Cizikas, Kyle Palmieri and Ilya Sorokin as well.

We understand why Lou wants to keep Beauvillier in the fold and prevent any offer sheet coming its way. You know how it went down with Jesperi Kotkaniemi and the Montreal Canadiens….Beauvillier has played five seasons with the Islanders, who drafted him 28th overall in 2015. He ranked fourth on the club with 15 goals this season, tying Brock Nelson  with a team-high 0.32 goals per game (not including  Anders Lee ’s mark of 0.44 because he was limited to 27 contests). Beauvillier also collected 13 assists while averaging 16:24 of ice time over 47 games in 2021.

While we cannot say why Lamoriello was keeping things hidden in order to pull a trade, some pundits believed he might have had his eye on Vladimir Tarasenko earlier this summer. The veteran forward has demanded a trade out of St. Louis and has been waiting to be moved for a while now. He has two years left on his current contract, which carries a cap hit of $7.5 million. Lamoriello could be waiting to announce his secret deals because of a big chunk of salary retention going on in that trade and don’t want the Blues to know how little they need to absorb in a move.

It’s been a tough go for Tarasenko. Since he hoisted the Stanley Cup on Boston ice in 2019, injuries have seen Tarasenko suit up for just 34 of a possible 127 games.

However, Lamoriello would be the type of GM to be willing to take a gamble on Tarasenko - as we can see by his unusual ways of making business.

All-Canadian division will be stuck with the same referees for the entire season!
Subscibe to
Our NEWSLETTER
Receive the best articles of the web directly in your email