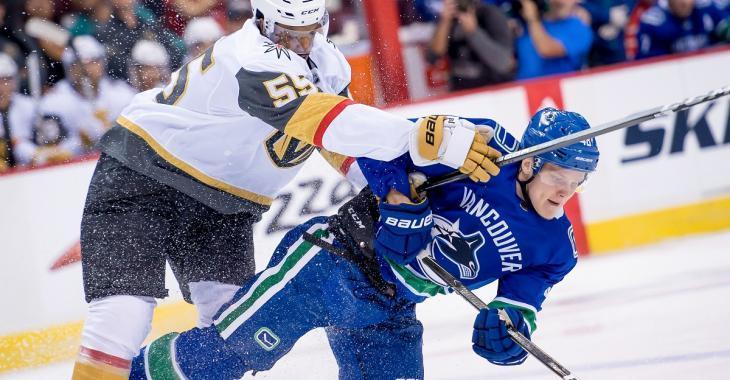 Many were surprised to see that former first round pick Olli Juolevi was not included among the players sent to waivers on Sunday, and now we know why.

It was National Hockey League insider Pierre LeBrun who first broke the news on Sunday, news that the Canucks defenseman has been traded by the team that drafted him into the league. Juolevi will now be the newest defenseman for the Florida Panthers organization, thus continues a long history of trades between these two organizations that have, for one reason or another, become frequent partners at the negotiating table.

At this time we are still awaiting word on what the Canucks will be receiving in return in exchange for the 23 year old blue liner, although I suspect that the return here will be relatively minor one given the fact that Juolevi is now largely viewed as a bust given his draft pedigree.

The Finnish defenseman was drafted by the Canucks in the first round (5th overall) of the 2016 National Hockey League Entry Draft but he has never been able to truly find his footing in the NHL. Injuries have played a major factor in stunting his development and for that reason and some others all 23 games of Juolevi's NHL career thus far were played just this past season. When you consider the fact that he was drafted ahead of players that have gone on to make a significant impact at the NHL level, players like Matthew Tkachuk of the Calgary Flames, Mikhail Sergachev of the Tampa Bay Lightning and Charlie McAvoy of the Boston Bruins, this trade is no doubt a bitter pill for Canucks management to swallow.

Over his lone season in the NHL Juolevi picked up 2 goals and 1 assists for 3 total points and he finished his short 23 game stint with a plus minus rating of -1. The Florida Panthers are obviously hoping that they will be successful in unlocking the potential that the Canucks once saw in Juolevi, potential that led to them using a high first round pick on him, whether or not they will be able to do so remains to be seen.

Leaf scratched after “rough night” in Game 5, Habs lose defenseman to injury.
Subscibe to
Our NEWSLETTER
Receive the best articles of the web directly in your email