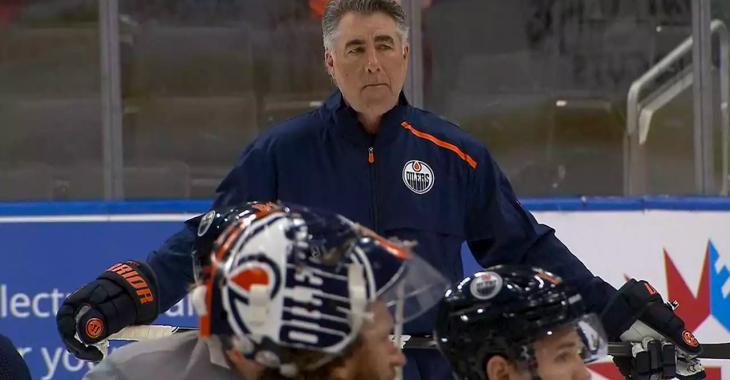 It was tough to swallow for all Oilers, but especially head coach Dave Tippett, who went off on his players during Friday’s practice.

According to team insider Ryan Rishaug of TSN, Tippett ripped into his group mid drill over not fighting through checks and battling. He added that the profanity laced tirade to snap them to attention.

The insider went on to share what was said by Tippett, though he did clean up the langage a bit for fans on social media. You can however imagine how ugly this was:

“Toronto jammed this whole thing up and we spent the whole game in our end. Do things right do it together and execute, that’s how you get better, that’s how we become a better team.  Play with confidence do what you’re supposed to do with 5 guys on the ice.”

Players were certainly more attentive after that. Rishaug explains how practice went on with lots of drills with five-man units, focus on quick transitions, and breakouts.

The Oilers face the Calgary Flames on Saturday night. The Flames will play their first game without head coach Geoff Ward, who was fired from his duties late on Thursday night before the club announced that it had hired Darryl Sutter as his replacement.

Maybe that’s why Tippett wanted to get through to his players. He knows how many coaches have lost their jobs since the start of the shortened season.