A pair of quality pick ups for the Oilers ahead of training camp. 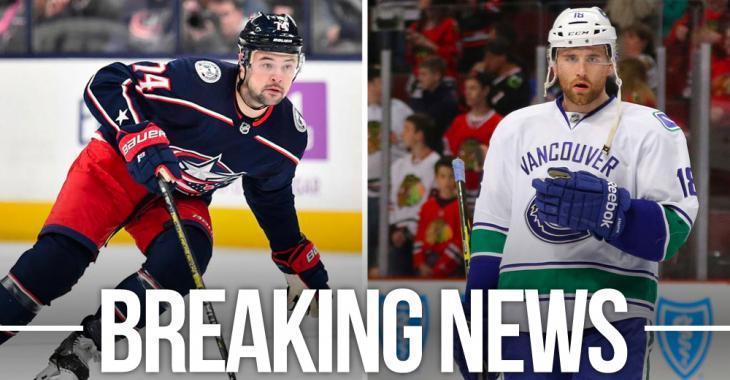 The Edmonton Oilers have announced that they've signed a pair of professional tryout (PTO) contracts, inking both forward Devin Shore and defenceman Ryan Stanton. Both veteran players will be at training camp next week in Edmonton.

The 26 year old Shore played 45 games last season split between the Anaheim Ducks and Columbus Blue Jackets, scoring five goals and 12 points. He managed to work his way into two Stanley Cup Playoff games with the Blue Jackets, as well. The 6-foot-1, 206-pound forward has appeared in 288 career NHL games over five seasons with the Dallas Stars, Ducks and Blue Jackets, posting 39 goals and 67 assists.

The 31 year old Stanton played 36 games last season with the AHL\s Ontario Reign, registering two goals and five points. The 6-foot-2, 205-pound blueliner has appeared in 120 career NHL games with the Chicago Blackhawks, Vancouver Canucks and Washington Capitals, posting four goals and 23 assists. He has also played in 479 career AHL games, recording 24 goals and 97 assists). Stanton has also signed an AHL deal with the Bakersfield Condors, so if he isn't able to crack the Oilers' roster or taxi squad, look for him to add a veteran presence in the organization once the NHL season opens.

Coyotes change their logo and unveil a beautiful new jersey on Monday morning.
Subscibe to
Our NEWSLETTER
Receive the best articles of the web directly in your email