Some serious problems on the Oilers' blueline heading into the shortened season. 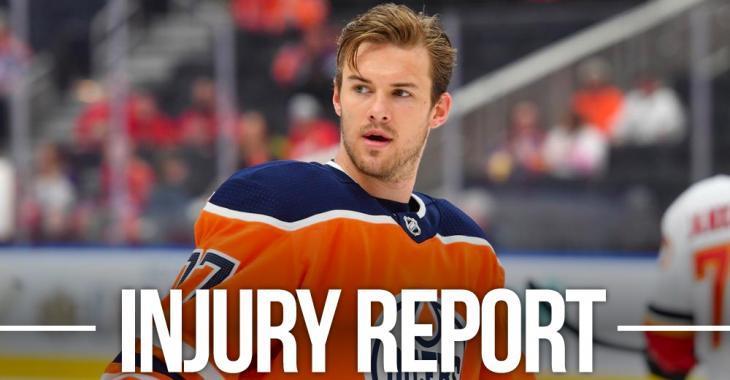 The 27 year old Klefbom has undergone multiple shoulder surgeries over his seven year NHL career, most recently in March of 2018. Shoulder soreness kept him from the team's final nine regular season games this past season, but he managed to play during the team's post-season matchup against the Chicago Blackhawks. To say that Klefbom's absence will make thing's difficult for the Oilers is the understatement of the century. The 6 foot 3 inch blueliner is a core piece of the team and one of the NHL's biggest minute munchers. He's played more average minutes than anyone else on the Oilers the past four seasons and ranks 5th in the entire NHL for average minutes per game with 25:25. He put up a respectable five goals and 34 points in 62 games last season.

The Oilers signed free agent defenseman Tyson Barrie earlier this offseason to help take some of the offensive pressure off of Klefbom, but the team is still in desperate need of an additional blueliner. Youngster Ethan Bear is a potential candidate to eat up some of Klefbom's minutes, but Holland admits that it hasn't been easy to get Bear under contract. The team is hoping to add him to their group "in the next week."

The free agent pool of available defensemen leaves a bit to be desired too. Do the Oilers take a chance on an offensive player like Sami Vatanen or Michael Del Zotto to fill some of Klefbom's role? Or will they turn to a veteran shut down guy like Andry Greene or Ron Hainsey?