NHL News : Oilers’ Ken Holland is getting desperate to improve his goaltending! 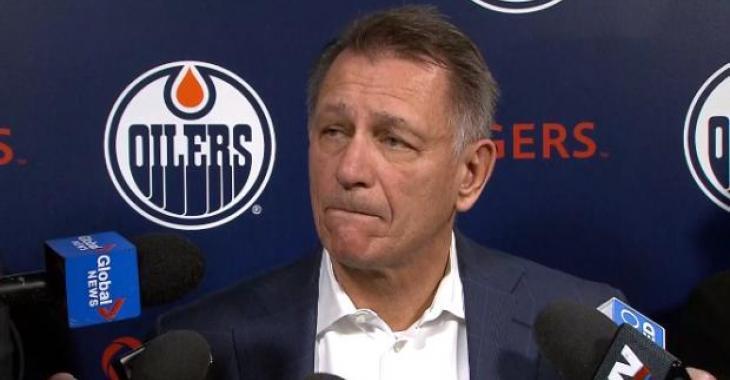 The Edmonton Oilers need to fix their goaltending issues and need to do it fast. And it’s not because general manager Ken Holland isn’t trying. According to multiples sources, Holland has been on the hunt to find a veteran goalie that can help Mikko Koskinen as soon as possible, especially since Mike Smith was placed on the long-term injury reserve and lost their number three netminder, Anton Forsberg, last when they had to place him on waivers and he was claimed twice by the Carolina Hurricanes, and then the Winnipeg Jets, who snagged him under the Oilers. Many thought Edmonton wouldn’t hesitate to get him back as their third-string goalie is currently Stuart Skinner, a prospect with zero NHL experience and just under 50 games under his belt at the AHL level. They were too late and now they need to go shopping.

It didn’t take long for pundits to link Holland to one of his former netminder with the Detroit Red Wings as Jimmy Howard was a free agent and available to get a new contract. However, Sportsnet’s Elliotte Friedman reveals in his last 31 Thoughts column that even Howard turned down Holland.

“GM Ken Holland called Jimmy Howard about a reunion. Howard, at home with his family and happily coaching his children, appreciated the offer but declined. He is expected to announce his retirement in the near future.”

The thing is that… you have to realize how desperate Holland is to improve his goaltending when it gets to calling Howard. Sure, he had a long and mostly productive career with the Red Wings, but the last seasons were rough on the goalie and it’s hard to believe he has that much left in the tank.

Koskinen has gone 1-2-0 with a .892 save percentage (SV%) and a 4.04 goals-against average (GAA) in the first three games of the 2020-21 season. The Oilers claimed goaltender Troy Grosenick off of waivers from the Los Angeles Kings last weekend, but we all know it’s not enough.

Some of us wonder if Garret Sparks could be the right temporary fix for the Oilers. He’s done well in the American Hockey League and could shine if given a chance back on NHL level.

It remains to be seen how more desperate Holland gets to fix his goaltending issues in Edmonton.

Rumblings of Eichel trade pick up after unforeseen Ristolainen trade!