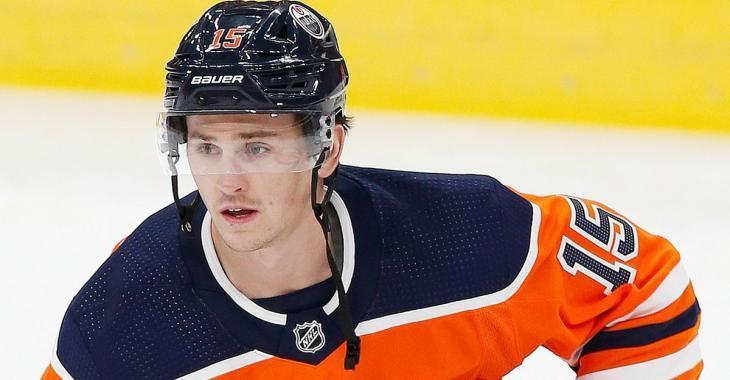 I suspect that veteran Edmonton Oilers forward Josh Archibald is feeling pretty terrible this morning and unfortunately for the 28 year old winger things may be about to get even worse for him.

On Sunday night Archibald and his Oilers suffered what may have been the most embarrassing loss of the 2021 Stanley Cup Playoffs so far when they choked away a 4 - 1 lead in the third period and went on to lose their third straight game to the Winnipeg Jets. Although there are no doubt a number of players on the Oilers roster that should shoulder the blame for that late game collapse, you could probably make a good argument that it was a poor decision on the part of Archibald that led to the Jets rallying back from 3 goals down to win the game.

Archibald delivered a questionable hit to 22 year old Winnipeg Jets defenseman Logan Stanley in the game's third period, one that would land him in the penalty box and one that would result in the Oilers giving up a power play goal to the Jets who cut the lead down to just 2. Not only did the penalty help the Jets cut the lead, but it appeared to light a fire under the members of the Jets roster who were not pleased with Archibald's actions.

Not only does Archibald have to carry that burden today, he now also faces supplemental discipline from the league as the National Hockey League's Department of Player Safety has announced that he will have a hearing on Monday for the hit that he delivered to Stanley. The hearing, which the league has announced will be for "clipping" Logan Stanley, could result in Archibald once again putting his team at a deficit should he be suspended by Player Safety in this series.

Now technically Archibald could receive just a fine for his actions, a hearing over the phone does not always lead to a suspension, however given the way the league has operated thus far in the playoffs I suspect that it will indeed be a suspension. Player Safety has handed out quite a few fines already in the playoffs, none of which were preceded by a hearing thus far.