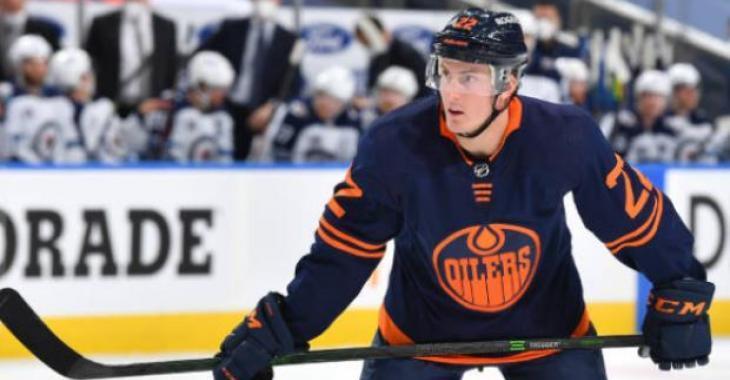 On Wednesday morning, it was reported that the Seattle Kraken had signed defenseman Adam Larsson, which meant bad news for the Edmonton Oilers.

According to insider Darren Dreger, this has prompted the Oilers to re-engage in contract talks with blue liner Tyson Barrie. Dreger believes that term is a sticking point for Barrie, while the Oilers don’t want to offer him a five-year deal.

Dreger wonders if both camps could agree on a four-year deal with a $5 million cap hit.

Larrson ended up signing a four-year, $16 million contract with the Seattle Kraken this morning ahead of reaching unrestricted free agency next week. He had four goals and 10 points in 56 games this season with the Oilers.

Oilers general manager Ken Holland said last week that money was set aside for a deal for Larsson to return, but that it was “Adam’s decision.”

He had also added that he was “not pretty confident, but [was) not not confident…”

We wonder now how he feels when it comes to Barrie. Last season, he signed a one-year, $3.75 million contract with the Oilers and tallied eight goals and 48 points in 56 regular season games. He also recorded one assist in four playoff games.

With Larsson, it feels like Holland cannot afford to lose Barrie to the free agency on top of that.

How confident does the GM feel?