It certainly looks like an offseason buyout is in the works. 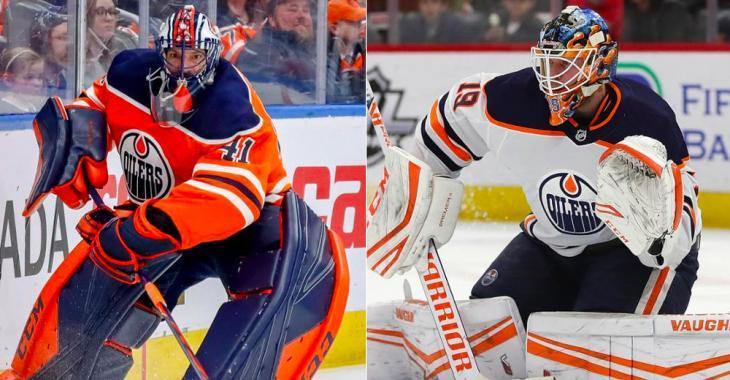 Edmonton Oilers general manager Ken Holland held his season ending press conference with the media today (via Zoom) where he was asked several difficult questions about his upcoming offseason.

The Oilers obviously fell flat on their collective face in their opening round Stanley Cup Playoff series against the Winnipeg Jets and Holland is now left to pick up the pieces and hopefully put together a more competitive roster for 2021-22. Holland's top priority will be to dispel any notion that superstars Connor McDavid and Leon Draisaitl are disgruntled and disillusioned with the team's direction, but it's expected that Holland's second priority will be to find some stability at the goaltending position.

Backup Mikko Koskinen is still signed for another season at a steep $4.5 million while starter Mike Smith is a pending unrestricted free agent. Neither goaltender inspired much confidence amongst Oilers fans this season, yet Holland maintains that he'll attempt to re-sign Smith and bring him back for at least one more season.

To be fair, Smith did have a good campaign posting a stellar 2.31 goals against average and an outstanding .923 save percentage. But... Smith is 40 years old and is inconsistent even during the best of times. Is Holland really considering a Smith/Koskinen tandem again in 2021-22? Not quite.

While talking specifically about goaltending, he made mention that a buyout, presumably for Koskinen, is "very possible."

If indeed the plan is to ditch Koskinen and to bring in some fresh blood then I actually think the plan to bring back Smith makes a lot of sense. If the Oilers can secure a legitimate #1 goalie or even a 1B goalie to take some pressure off of Smith it could make all the difference. Again, Smith had a great season but I wonder how much of that has to due with the fact that he played fewer games and experienced a schedule that featured reduced travel. Frankly, I wouldn't feel comfortable handing over the starting role to a 41 year old goaltender over the course of an entire season. But, if that goalie has a younger guy of equal skill to split time with... well now you're talking. Stay tuned, Oilers fans.

Wild ahead in Jack Eichel sweepstakes with trade discussions underway