NHL News : Oilers expected to lose big to the Kraken at the expansion draft!

There is a lot at play in Edmonton… 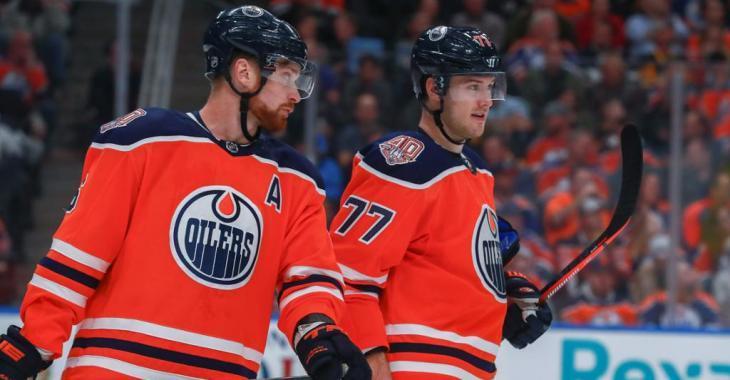 The Edmonton Oilers are preparing their fanbase ahead of the expansion draft. A lot of factors are in play for Oilers general manager Ken Holland and tough choices will have to be made.

The Oilers already have to deal with the fact that top defenseman Oscar Klefbom remains unsure about his future on the ice. When asked if doctors confirmed that he would definitely be able to play again after his shoulder surgery, Klefbom might play again, but he might never play again… Losing Klefbom would be a huge blow for the Oilers as he averaged 25:25 of ice time last season and quarterbacked the best NHL power play in 40 years. If he can return, it would certainly affect Tyson Barrie’s decision to explore the free market this summer. Holland already has a lot of his plate with the focus on re-signing key UFAs Adam Larsson, Ryan Nugent-Hopkins and Barrie.

But it will also have an impact on which players Holland decides to protect ahead of the draft : Klefbom is expected to go unprotected thanks to his injury. The Oilers will have to be a 7-3-1 team or else they’d be leaving Jesse Puljujarvi or Kailer Yamamoto unprotected…

This is how insider Daniel Nugent-Bowman puts it in his latest article in The Athletic:

“Based on that priority list, it’s likely  Oscar Klefbom will be available for the Kraken. This shouldn’t come as a huge surprise based on the  suboptimal outlook Holland presented  at his season-ending news conference regarding Klefbom’s playing status.
There’s no doubt the Oilers would use one of three precious blue-line protection slots on Klefbom were he at full health. Before his shoulder injury, which cost him the entire 2020-21 season and resulted in major surgery in March, Klefbom perhaps would have been the first defenceman blocked off by the Oilers. He played the most of any blueliner on the power play and penalty kill — and led the team in ice time — in 2019-20 and has two more years on his contract at a very reasonable $4.167 million average annual value.
If Klefbom remains out of the mix — and if the Oilers don’t retain Larsson before July 17 – they could acquire a defenceman in a trade and protect him.”

Nugent-Bowman also discusses the possibility of leaving Caleb Jones unprotected as well. He has one more year on his contract at $850,000 before he can become an RFA with arbitration rights.

Heartbreaking decisions for Holland, wouldn’t you say? Who will be exposed to the Kraken?!