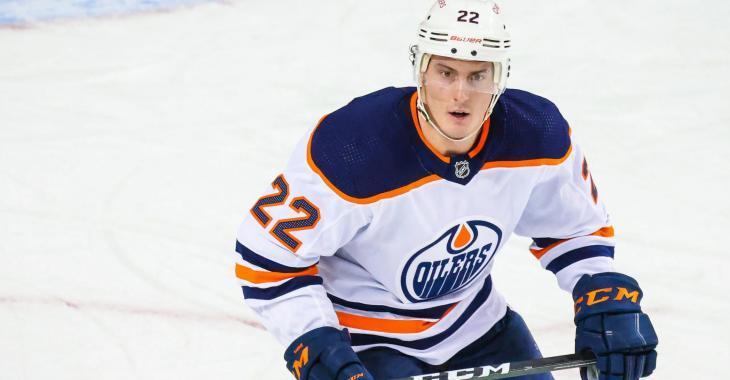 During a segment of Oilers Now on Tuesday, Mark Spector and Bob Stauffer speculated on what general manager Ken Holland could offer defenseman Tyson Barrie as a contract extension and what the deal could be worth.

“Edmonton hasn’t had what I like to call an offence-man forever,” Spector said. ” I mean forever they haven’t had a guy like Tyson Barrie.”

Spector suggested that Barrie could get $5.0 to $5.5 million per over three years.

“That’s probably in the range of what I see too,” Stauffer said.

And then fans were quick to react on social media. We however understand why the Oilers want to hold on to Barrie. They need to have him on their roster if the team loses Ethan Bear in a trade or to the Seattle Kraken in expansion or if teammate Adam Larsson tests the free agent route and signs elsewhere.

But fans do not seem to be convinced Barrie deserves that much. The last time he signed at 5.5 millions was back in 2016 when he was a member of the Colorado Avalanche, after which he was traded to the Toronto Maple Leafs, where he did not stand out…

See how fans reacted to the rumoured contract extension:

Barrie was unable to finish Monday’s game against the Calgary Flames. He logged only 7:02 of ice time. He missed all of the second period, then briefly skated before the third period before heading back to the dressing room.

Mitch Marner is trending for the wrong reasons…

Intense wake-up call across the NHL : rules might need to change!
Subscibe to
Our NEWSLETTER
Receive the best articles of the web directly in your email