We’re talking about a lot of money! 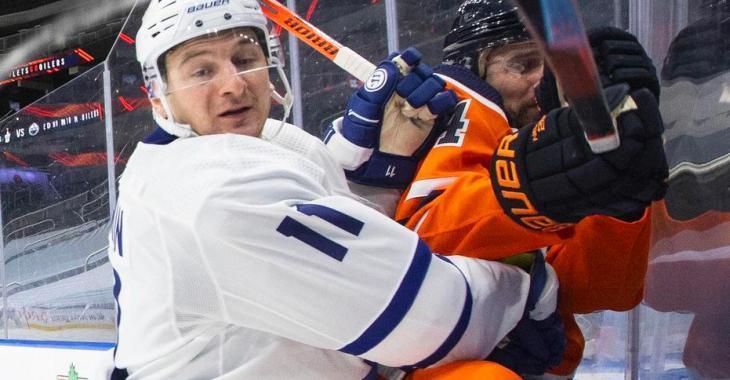 There is a lot of talk on pending unrestricted free agent Zach Hyman and more has been said on the forward on Friday. It looks like he won’t be returning to the Toronto Maple Leafs and now a lot of chatter emerges on where he will land next.

Earlier today, it was Jeff Marek and Elliotte Friedman’s turn to talk about Hyman and his value on the free-agent market during the 31 Thoughts podcast. As they were discussing the contenders in the Hyman sweepstakes, which are believed to be the Vancouver Canucks, Calgary Flames and Edmonton Oilers at the moment, there is a sense that Hyman could get a six-year deal with an annual salary of $6 million later this month. This prompted Friedman to reveal that there might even be a seven-year, $6 AAV contract offered to Hyman!

Later on, Friedman mentioned on the air of 630CHED that he does not believe the Flames will offer such a contract and that the Canucks would only be able to do so unless they move someone else. This means the Oilers are moving to the front.

Hyman has just ended the the final year of a four-year, $9 million contract and is set to become an unrestricted free agent July 28. Everyone expects him to get a salary raise, one that the Maple Leafs simply cannot afford. Especially if talks of that seven-year monster offer are true.

While Oilers GM Ken Holland might be able to pull this off, you have to wonder how Ryan Nugent-Hopkins will feel about this offer for Hyman. RNH signed an eight-year, $41 million contract extension last month to stay in Edmonton, and would probably be angry over this Hyman signing…

Are the Oilers going to pull this off?

Wild’s Fiala apologizes right away to injured Roy, has NHL hearing on Friday for his dangerous hit
Subscibe to
Our NEWSLETTER
Receive the best articles of the web directly in your email