Do you agree with this prediction? 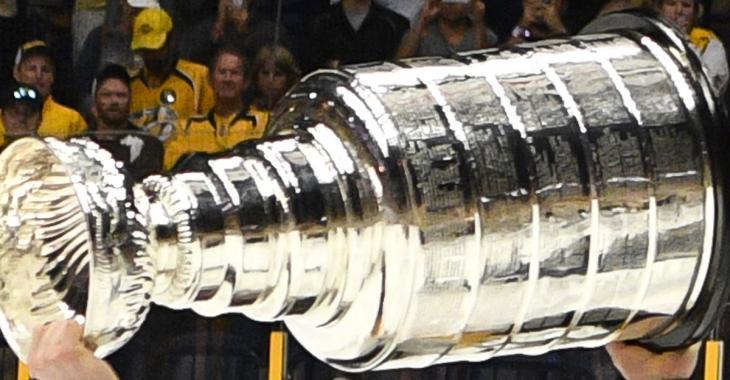 The 2021 season is getting started tomorrow, but you know oddsmakers are already set on crowning a Stanley Cup champion!

This time, it is insider Elliotte Friedman of Sportsnet who’s decided to call out a bunch of predictions as he kicked off his weekly 31 Thoughts column, and with the information he gathered from oddsmakers, he’s decided to predict which team he believes will hoist the Stanley Cup at the end of this unique season.

He picks the Washington Capitals:

“Washington (+600 to win East/+1800 to win Cup)I thought Washington would be a favourite in the league’s toughest division, figuring the value would be with the Islanders, Rangers or Philadelphia. But a couple of sites had them behind Boston, Philly and Pittsburgh, and even with the Rangers.

At least two very good teams are going to flunk this test, but… the Capitals? I find it hard to believe.”

Friedman also had some fun predicting other categories and performances as he believes Montreal Canadiens’ Carey Price will be the best in between the pipes, Winnipeg Jets’ Patrik Laine will get the Maurice Rocket Richard and Vancouver Canucks’ Elias Pettersson will be awarded the Hart.

Check out his predictions and let us know which team you believe will be crowned champion this season:

Calgary/Winnipeg (+750 to win Canadian Division)If you’re Canadian, and you refer to this as the North Division, your citizenship is revoked. Sorry, I don’t make the rules.
Toronto is the oddsmakers’ beauty queen, but six different teams could win it. All of them are talented, but flawed. The Flames and Jets were the least respected among that group. Fine, we can all decide what we like or don’t like, but it’s not impossible for either win the 56-game rush to the playoffs.
Carey Price (+1600 to win Vezina)Price had the 11th-best odds at one site. That’s ridiculous. Besides, the Canadiens say they want to rest him, but, as my grandmother always said, “You plan, God laughs.” We’ll see.
(+2000 to win Hart) Elias Pettersson
Last year, someone bet me that Pettersson wouldn’t win a Hart by the time I turn 55. (I’m 50, although I look 25.) I didn’t take that wager, because, as a voter, it’s not the right thing to do. It doesn’t change the overall philosophy, though. He’s going to win one, sooner rather than later.
(+2000 to win Norris Trophy);    (+2500); Ivan Provorov (+5000) Miro Heiskanen  Seth Jones  Charlie McAvoy The first two got the “playoff bump.” Heiskanen led Dallas to the Stanley Cup Final, while Jones never left the ice in multiple overtime games against the eventual Stanley Cup champions. Those types of performances elevate contenders in voters’ minds. Zdeno Chara ’s departure makes McAvoy an even more high-profile piece on a high-profile team. As for Provorov, those huge odds are generally suckers’ bets. But would anybody be shocked if he won it this year?
(+2500 to win Rocket Richard) Patrik Laine
This is a business relationship between Laine and the Jets, but there’s no reason it can’t be mutually beneficial. The hotter he gets and more he increases his value, the better Winnipeg does during the season and the more the market opens up. I think he has a big year.