NHL News : Number change in Boston has fans believe Mike Hoffman is about to sign with the Bruins 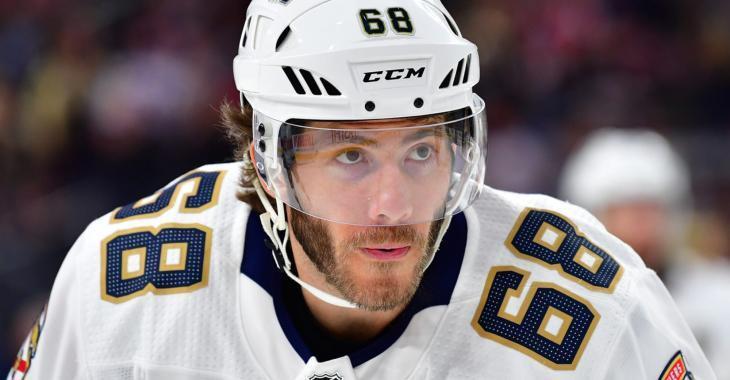 There was news last week that Boston Bruins young prospect Jack Studnicka had decided to change jersery number, hoping to let go on his number 68 and switching to 23, the number last worn by Jakob Forsbacka-Karlsson in 2018-19.

Of course, no one cared about the news, until some fans started to hint at an interesting rumour. Some pundits believe Studnicka might have dropped number 68 in order to offer it to free agent Mike Hoffman who might be coming to the Bruins.

The number 23, as aforementioned, was available last season. So why change now? This got fans thinking.

When Hoffman decided to test the free-agent market, he was said to be seeking a deal with an annual value of $5.5 to $ 6.5 million per season, depending on the length of the contract.

The forward was said to have received interest 13 teams across the league, though not all of them would be able to fit him under the flattened salary cap. Earlier this month, Sportsnet’s Elliotte Friedman believed teams like the Bruins, Columbus Blue Jackets, Nashville Predators and Carolina Hurricanes could be in the mix for Hoffman.

However, the Bruins would need to make room on their cap in order to absorb Hoffman’s demands. Unless they manage to miraculously bring him down! The Bruins still don’t have the cap space to sign him with roughly $3.6 million currently under the salary cap.

The Bruins are currently dealing with significant injuries to some of their core players and that could prove to be a path for Hoffman to join the roster. Boston has David Pastrnak and Brad Marchand each dealing with injuries of their own that will cost them both playing time in the first months of action. Hoffman could bring the support they need and might be thrilled to get his traditional number in Bean Town, thanks to Studnicka.

What do you make of this, Sherlock?