NHL News : Not everyone loves the Penguins' decision to hire Brian Burke.

Burke still has at least one detractor. 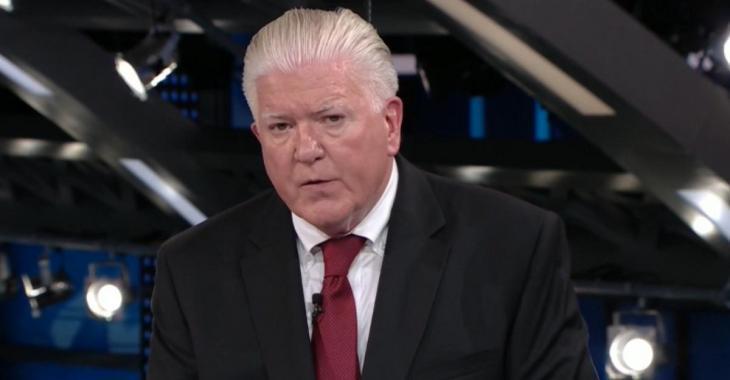 The Pittsburgh Penguins were left stunned earlier this season when longtime general manager Jim Rutherford made the decision to step down from his position. In spite of their shock however the team reacted quickly, eventually making the decision to hire former Philadelphia Flyers legend Ron Hextall as their next general manager and adding veteran National Hockey League executive Brian Burke to their front office as well as president of hockey operations.

The hire has largely been praised by fans and pundits alike with the acquisition of Hextall in particular appearing to be a huge coup for the Penguins given the level of success he achieved during his tenure as general manager of the Flyers. That being said though not everyone is fond of the moves the Penguins pulled off this month, and in a recent article for the Toronto Sun controversial columnist Steve Simmons was heavily critical of the decision to hire Burke in particular.

Which makes the hiring of Burke in Pittsburgh as president of hockey operations more than a little surprising, although you won’t hear anything like that from all his media pals who laugh along with every word he speaks. It is the hiring of yesterday’s man, who won in Anaheim more than a decade ago, who made the Sedin deals (his signature NHL moves) 22 years ago. What has Burke done lately in hockey, except write a best selling book and become valued entertainment in between periods? Truth is, it’s a lot of sound and fury, in reality, signifying nothing.

Although Simmons and Burke have had their public spats in the past, including Burke calling him out in his most recent book, he is making a valid point here. Burke's most recent gigs in the National Hockey League were not as successful, with a 5 year tenure as president of hockey operations with the Calgary Flames missing the playoffs in 3 of his 5 seasons there. Prior to that he was general manager of the Toronto Maple Leafs, never once making the playoffs in his 4 year tenure, where he was heavily criticized for some of the moves he made most notably the trade that brought Phil Kessel to the Maple Leafs. The Boston Bruins would go on to acquire players like Tyler Seguin and Dougie Hamilton thanks to the haul they received in return for Kessel, a deal that is now widely regarded as one of the worst in franchise history.

Only time will tell if his tenure in Pittsburgh proves to be more successful, with a strong general manager like Ron Hextall at the reigns I do believe the Penguins are in good hands.

Connor McDavid breaks NHL record previously set by Mario Lemieux.
Subscibe to
Our NEWSLETTER
Receive the best articles of the web directly in your email