NHL News : None of the Canadian teams are reportedly interested in outdoor games scenario for 2021

Say what? Playing hockey on a pond is sooooo Canadian! 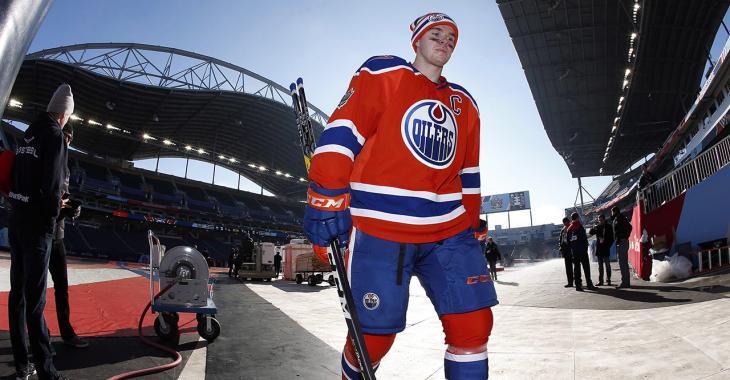 On Thursday, news came out that at least four NHL teams have looked into the possibility of playing 2020-21 NHL regular season games outdoors. The report was made by Sportsnet’s Elliotte Friedman, who identified the four teams as the Anaheim Ducks, Boston Bruins, Los Angeles Kings, and Pittsburgh Penguins. Then a few more teams were added in the mix, including the Carolina Hurricane, as showing an interest to holding outdoor games in order to get some revenue in their pockets. There is no secret that a full season without any fans in the stands would be crushing to league revenues.

However, it sounds that the seven Canadian teams, the Vancouver Canucks, Calgary Flames, Edmonton Oilers, Winnipeg Jets, Toronto Maple Leafs, Ottawa Senators and Montreal Canadiens are interested in the concept of holding outdoor games for their fans.

Pierre LeBrun talked about the report on last night’s Insider Trading on TSN and ended his segment by dropping the bomb that Canadian teams were really looking into this possibility.

“By the way, none of the seven Canadian teams at this point, I believe, think it’s feasible or of interest to them. So we’ll see where this goes.”

This might be shocking to fans seeing that street hockey or hockey on a pond is like a national sport in Canada. Most kids spend their childhood playing hockey outside and dream of attending a Winter Classic that would be held in Canada.

While the NHL are reportedly weighing the pros and cons of this idea, the fact that Canadian teams haven’t show interest could sway their decision to move forward with this concept.

LeBrun added on Friday morning that the Vegas Golden Knights have responded No to the league’s query on possible outdoor games for the upcoming season. The Golden Knights reportedly feel it would be too expensive and outdoor venues are too limited in Las Vegas.

We surely have to give credit to NHL teams for looking into the idea of playing regular season games outdoors in 2020-21, however, we wonder what Canadian clubs are thinking instead in order to get some revenues to the league…