Nikita Kucherov says he feels better than before - and that's bad news for the rest of the NHL. 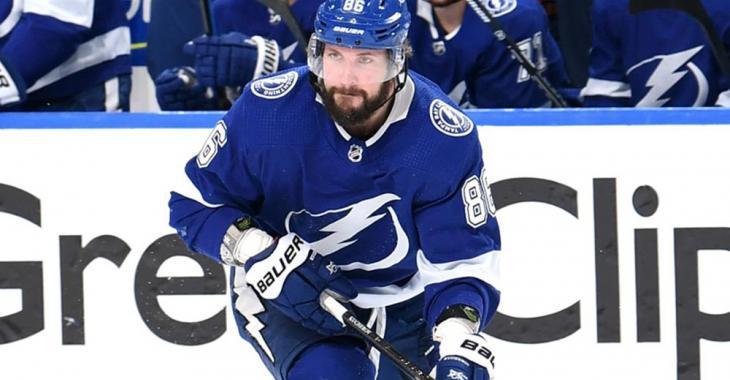 The Stanley Cup Playoffs are set to begin this weekend, and it's a first in National Hockey League history as the Tampa Bay Lightning will be taking on their in-state rival Florida Panthers in Round 1. It's the first such occasion that the two division rivals have met in a postseason seers.

And for the Lightning, who will be looking to become the second team since 1998 to repeat as Stanley Cup champions, they'll be getting the biggest piece of their already deadly offensive attack back just in time.

Nikita Kucherov, who missed the entire regular season after having hip surgery on December 29, is set to return to the lineup in time for this Sunday's series opener.

For Kucherov, last season's playoffs that resulted in Tampa Bay's first Stanley Cup win since 2004 wasn't the most comfortable experience. He suffered a pulled groin muscle that would eventually turn into a hip injury.

“It is what it is,” Kucherov said Friday. “I feel really good. … better than before.”

If he was able to tally 34 points during Tampa's run last season and now feels even better than that, the rest of the NHL should certainly be on notice.

Though he hasn't officially been put into the lineup by head coach Jon Cooper, he's been practicing regularly with the team, and is expected to be ready in time for Sunday.

"We’ll see what’s going to happen the next few days if I’m ready,” Kucherov said. “I’m really excited and I’m looking forward to play a game, and hopefully that’s going to be Sunday.”

“I don’t think he’s played a game in eight months, and there’s something to be said for that,” Lightning coach Jon Cooper said. “You know the body’s rested, but he’s still coming off an injury that we weren’t sure we would be getting him back in the first round. So he’s got to get his timing, and there’s going to be parts of the game that will probably frustrate him because he knows in his head he can make a play, but because you haven’t played, you’ve got to catch up to the game.

Game 1 will take place at BB&T Center in Sunrise beginning at 7:30 PM EST, and can be viewed nationally on NBCSN.

Rumor: Top trade target for the Boston Bruins is an obvious one.
Subscibe to
Our NEWSLETTER
Receive the best articles of the web directly in your email