NHL News : Nick Kypreos back with Sportsnet as the company guts talent in Vancouver and Calgary 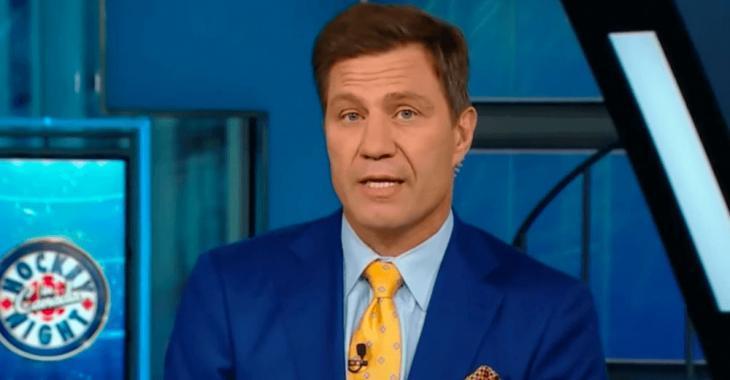 Rogers owned media corporation Sportsnet announced in a roundabout way today that Sportsnet 650 (Vancouver) and Sportsnet 960 (Calgary) radio hosts Scott Rintoul and Karen Surman have been laid off and will have their local-based shows replaced with a daily show hosted by Toronto based Jeff Marek. In other words: Sportsnet continues to gut talent that can actually speak directly to fanbases in places like Vancouver and Calgary and will replace them with a guy who hasn't left the province in Ontario is Lord knows how long...

Excuse me if I sound a bit bitter, but frankly I'm just so sick of the monopoly that Toronto-based corporations have over this sport in Canada. What on Earth is Jeff Marek ever going to tell me about the Vancouver Canucks that I don't already know? Ditto for the Calgary Flames. This goes against everything Sportsnet said when it announced that it was committed to serving up local talent and highlighting local issues in its coverage. Instead we'll get Ron MacLean 2.0 (Marek) serving up witty anecdotes and relating them all back to the Toronto Maple Leafs. Gag me.

“Our show is part of the changes that Sportsnet has decided to make today,” Rintoul said on Twitter earlier today. “I know there are exciting opportunities that lie ahead, and I’m eager to embrace them,” he added. “I look forward to sharing them with you ASAP.”

As you might imagine, Sportsnet is getting absolutely evicerated online and it appears that Marek is taking the brunt of the criticism, which is hardly fair. Marek may not be my particular cup of tea, but this wasn't his decision so it seems unfair to lay the blame at his feet.

In a coordinated announcement Sportsnet also announced the return of broadcaster Nick Kypreos to Toronto's Sportsnet 590 radio. So... Vancouver and Calgary lose their local shows and Toronto gains a new one? With a highly knowledgable and I'm assuming highly paid broadcaster? Got it. Seems fair.

I digress a bit here, but you get my point. The fact of the matter is that the only market that seems to matter to Sportsnet is Toronto. Which, from a business perspective I actually understand, but don't tell me you're a national broadcaster and then shove hours of Leafs and Blue Jays coverage into out of market outlets.

Corey Crawford has officially retired.
Subscibe to
Our NEWSLETTER
Receive the best articles of the web directly in your email