NHL News : NHL working with US and Canada to remove quarantines for playoffs 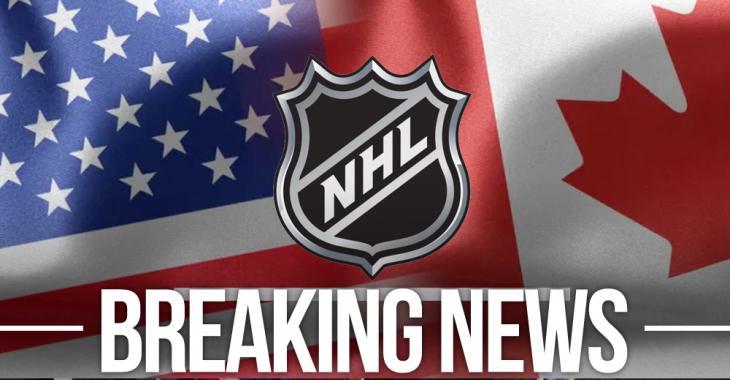 With the Stanley Cup Playoffs looming on the horizon, the NHL is getting its ducks in a row as it pertains to cross border travel between Canadian and American teams this Spring/Summer.

According to a report from NHL insider Pierre LeBrun of TSN and The Athletic, the NHL has had discussions with both the Canadian and American governments about waiving quarantines for teams who has to cross the border in order to play out the balance of the season.

From LeBrun's most recent column for The Athletic:

"...it’s certainly not out of the question for an exemption to be granted that would permit a U.S.-based club to travel into Canada without quarantine and the Canadian club to travel to the United States and back without a quarantine. So again, ongoing discussion, don’t have a conclusion yet but I guess the good news to that is we’re not in the third round of the playoffs until mid-June best case, so nothing that has to be decided in the next week to 10 days."

That news is bound to ruffle some feathers on both sides of the border. After all, this is essentially giving special treatment to NHL players because... because they're good at hockey?

Look, I'm not going to wade into whether this is right or wrong, but I can understand the frustrations that will come out if/when the NHL is granted special permissions. After all, this is supposed to be a "we're all in this together" situation, right? Hardly seems like it nowadays...