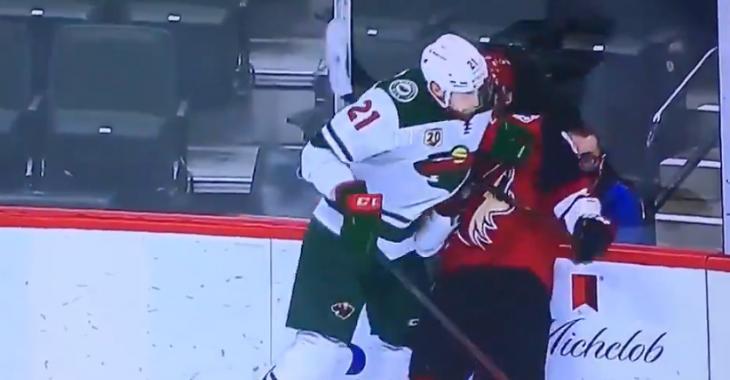 The National Hockey League and its department of Player’s Safety have spoken.

Minnesota Wild’ Carson Soucy has been suspended for one game for charging Arizona Coyotes’ Conor Garland on Wednesday.

We weren’t sure what the decision would be when Soucy was called for his hearing earlier today.

On the ice, he waited for the referees as they debated whether to toss him from the game for his hit on Garland.  Soucy served a 5-minute major for charging, but remained in the game.

“I would like them to do that on the other side next time so I don’t have to hear,” Soucy said after the game.

Soucy was paid a quick visit by Coyotes’ Lawson Crouse, with Crouse getting ejected from the game for instigating the fight with Soucy, who had to sit five minutes for fighting.

However he will miss the next game. Next up for the Wild is a visit to Colorado to take on the Avalanche twice.