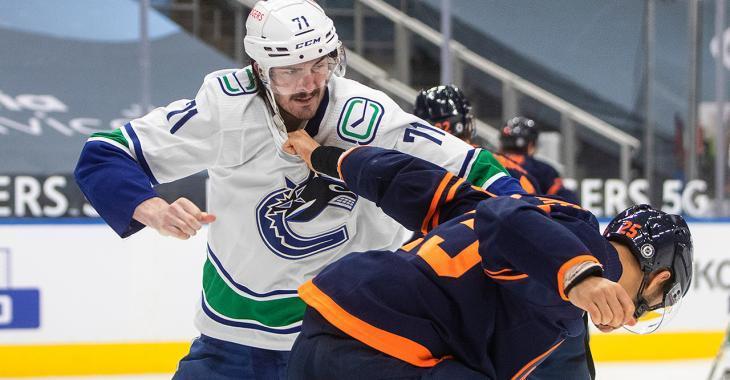 The National Hockey League has handed another suspension this week after a chaotic situation between the New York Rangers and Washington Capitals.

The infraction took place during the Canucks 6-3 win over the Oilers on Thursday night, when the two players were involved in multiple incidents with each other.

Ever since, the head of NHL Player Safety George Parros only fined Washington Capitals’ Tom Wilson $5000 for punching New York Rangers forward Pavel Buchnevich in the back of the head as he was facedown on the ice, while also throwing star Artemi Panarin to the ice in the ensuing scrum, fans have been wondering if the league is trying to make up for it with other stronger calls and suspensions on other players.

On Thursday, Rangers’ Pavel Buchnevich was suspended one game for cross-checking Caps’ Anthony Mantha in a fight-filled contest.

And now, one game for MacEwen.