He apologized, but we all knew that wasn’t enough. 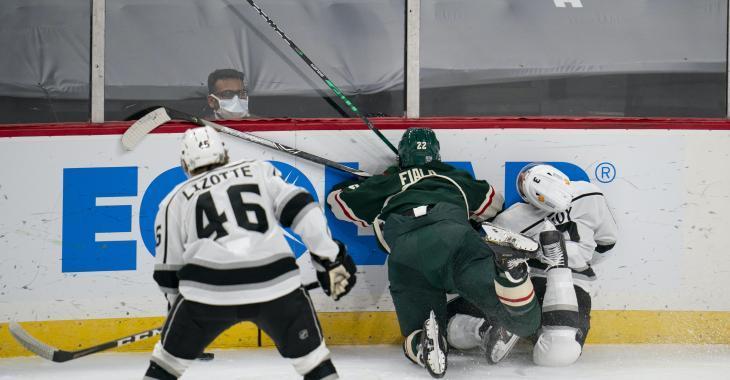 In a terrible turn of events as the two players went to battle it out for a puck in the corner, Fiala got a little too intense, sending Roy flying head-first into the boards.

As soon as Roy hit the boards, Fiala was on top of him to apologize and make sure he was okay. But we all knew that didn’t matter : a suspension was going to come.

Fiala was accessed a five-minute major and a game misconduct. After the 5-3 Wild win, Kings head coach Todd McLellan himself didn’t believe the Wild forward had the intention to hurt Roy.

“I feel bad for Roysie. I don’t even know if there’s any intent on the Fiala thing, it just happened. But we have to know by now that we can’t do that.”

This is the first time in his career that Fiala has been suspended. He Fiala forfeits $77,586.21 in salary for his three-game suspension.

Keefe gives an update on Matthews but leaves other questions unanswered.
Subscibe to
Our NEWSLETTER
Receive the best articles of the web directly in your email