NHL News : NHL suspends Fabbro for dangerous elbow to the head of McGinn 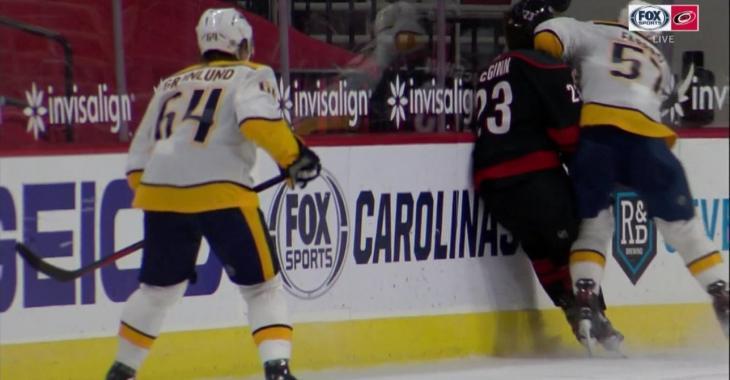 The incident took place mid-way through the second period of the teams’ game on Tuesday night. After the Hurricanes dumped the puck into the Predators zone, McGinn was first to it on the forecheck — shortly after he touched the puck, Fabbro caught him hard into the boards.

The Canes’ forward was slow to get up but stayed in the game, while Fabbro was given a two-minute penalty for elbowing.

Fabbro will now have more time to think about his dangerous move.