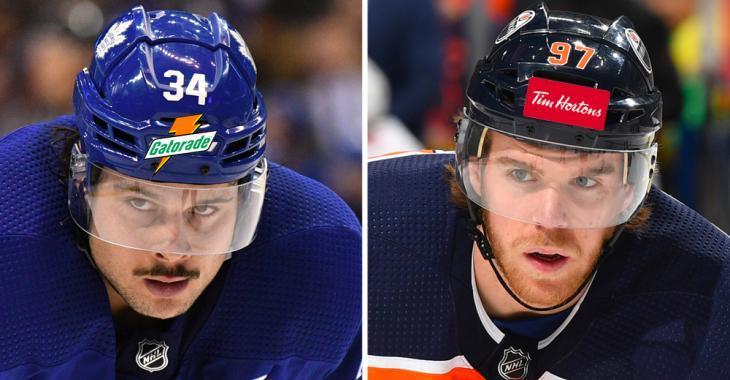 According to a report from Mark Burns of The Sports Business Journal, the NHL board of governors is set to approve the use of advertisements on player helmets during a conference call later today.

Some details from Burns' column:

Sources said that the helmet ads for the upcoming season are primarily designed as a make good for naming rights sponsors and founding-level type partners, subject to league approval. The sticker placement of sponsors would be located on both sides of a player’s helmet, sources said, and only one brand would be allowed at a time on the helmet.

Sources said that teams will likely have the option of selecting one brand for all home games and one brand for all away games, but they won’t be able to swap different sponsors throughout the season. It’s currently unclear what the exact size of the sponsor stickers will look like.

Even worse though, I feel like this road will ultimately take us to a spot where the NHL has ads placed on jerseys. NHL commissioner Gary Bettman has historically been against but this idea but it's now on the table given the tough financial circumstances the NHL finds itself in. Back in 2017 Bettman went on record saying, "It would take an unusual circumstance for us to even think about it," when asked about putting ads on jerseys. Well... I would argue that 2020 and the COVID-19 pandemic qualify as "unusual circumstances."