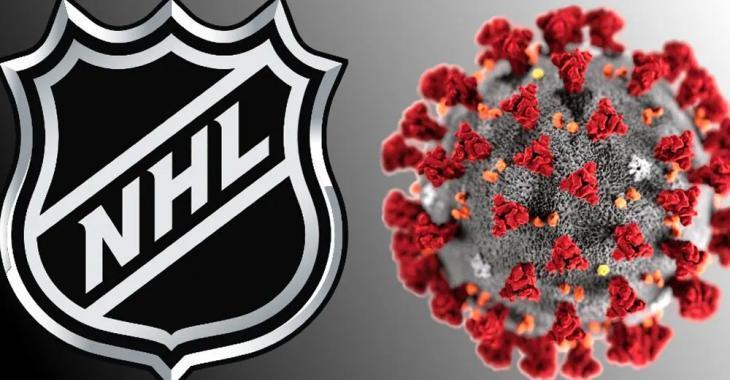 NHL Deputy Commissioner Bill Daly has been making the media rounds in the run up to the 2021-22 season this week and according to a report from Frank Seravalli of Daily Faceoff, Daly has suggested that 98% of players will receive their COVID-19 vaccinations prior to the start of the season.

Daly projects that 10-15 players will be unvaccinated due to medical exemptions and that these players in particular will be subject to more stringent protocols.

Regardless of your thoughts on the vaccine, I'm glad the NHL is allowing for exemptions. The fact of the matter is that we don't know these guys' medical history and when you're dealing with 700+ players there's bound to be some legitimate medical exceptions. This policy seems pretty sound and even if the players aren't 100% vaccinated I believe that the NHL is looking out for the health of their players and personnel with this mandate.

What still remains to be seen though is what happens with those unvaccinated players when it comes to cross border travel. The government of Canada is set to issue a vaccine passport mandate which would require all individuals entering the country to provide proof of vaccination. It's not yet known how medical exemptions will be handed. This means that there's a very real possibility that a player who is unable to receive the vaccine will be refused entry into Canada from the United States, despite being otherwise healthy. This could pose a bit of an issue for the NHL.

The obvious issue is that players will be unable to play due to border restrictions, but the bigger issue is that these players will have their private medical history essentially aired out in public for all to see. So when the Boston Bruins travel north to take on the Toronto Maple Leafs and Patrice Bergeron gets held back at the border for precautionary measures, we as fans can all do the simple math and realize that he's unvaccinated. By the way, I used Bergeron purely as an example. I have no idea if he is or isn't vaccinated, but that's besides the point.

If nothing else it'll be interesting to see how this mandate plays out. Thoughts?

Connor McDavid takes rivalry with Flames up a notch by calling out one of their players!
Subscibe to
Our NEWSLETTER
Receive the best articles of the web directly in your email